Less than a week after hitting the Red Bull Ring for the opening Austrian round, Formula Two were back at the same venue for Practice and Qualifying as part of Styrian GP weekend.

Like last weekend, the rookie class of 2020 continued to push established F2 drivers to the edge in a thrilling encounter, which resulted in a tasty looking all-Asian front row for the Styrian Feature Race.

A slow start saw several drivers opt for just an installation lap before pitting whilst Marcus Armstrong spun at Rindt on his first flier, just as Jehan Daruvala went fastest with a 1m 16.779.

Marino Sato displaced Daruvala just two minutes later with a 1m 16.675 just as Mick Schumacher spun at Wurth Kurve, beaching his Prema in the gravel to bring the red flag out at where he lost a podium finish in last weekend’s Feature Race.

Once the session resumed after a five minute stoppage, a flurry of drivers improved their lap times, as Carlin rookie –  Yuki Tsunoda finished quickest with a 1m 15.692 ahead of Nikita Mazepin and Daruvala who completed the top three ahead of Luca Ghiotto and Giuliano Alesi.

DAMS’ Dan Ticktum finished as the fastest Brit ahead of Jack Aitken and Callum Ilott, of which they were separated in eighth, tenth and 13th positions by just 0.105s. 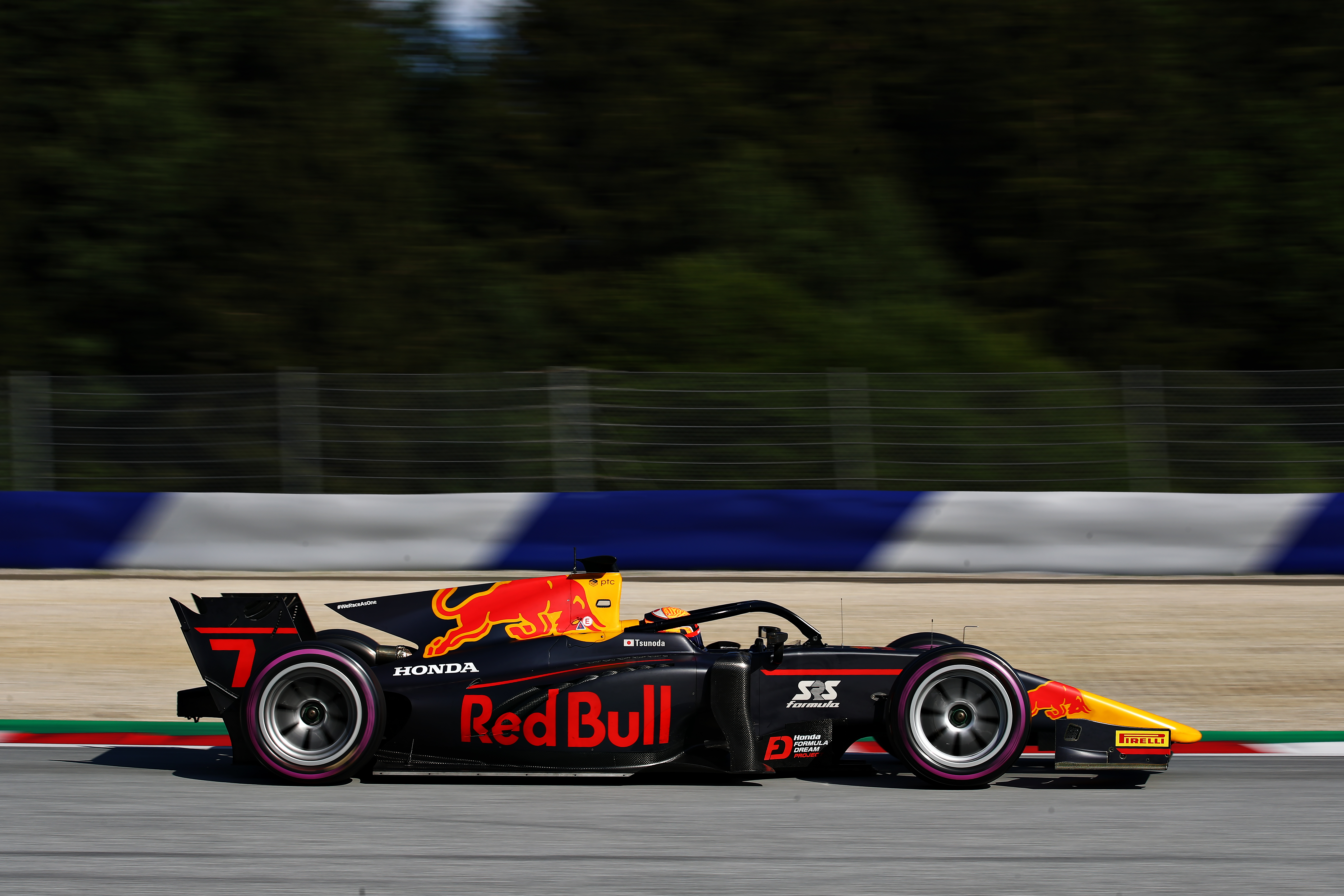 Tsunoda like in Practice led the field out onto the track and set the first representative time of a 1m 15.132, which was quickly beaten by Guanyu Zhou’s 1m 14.933 as Aitken and Ilott slotted into third and fourth respectively after first fliers.

Most drivers however opted for a second flier after a cool-down lap which Tsunoda nailed to record a 1m 14..803, eventually proving enough for a maiden pole after nobody managed to better his time on their final runs.

Zhou lines up in second after finding time at the death to make it an all-Asian front row, albeit 0.038s slower than Tsunoda.

Ilott, Ghiotto and Aitken rounded out the top five ahead of Robert Shwartzman who chose to time his first run during the traditional gap, alongside Prema teammate – Mick Schumacher who qualified ninth after both improved on their final runs.

Last weekend’s Sprint winner, Felipe Drugovich qualified tenth after a tough day in which he struggled in Practice. finishing 20th and 1.615s off Tsunoda’s practice pace.

Ticktum qualified in 15th but crucially ahead of DAMS’ teammate, Sean Gelael who was just 0.027s slower than the Brit.

Charouz duo of Piquet and Deletraz qualified in 17th and 18th but their one-place grid drops will see Mazepin jump two spots from 19th to start 17th on the grid.

Tomorrow’s Feature Race (3:45pm BST) is forecast to be wet so this grid could well look different come the checkered flag.