With 2022 Formula One calendar now released, here are five main talking points which those across the paddock and fans can take from the 23-race calendar next season.

The calendar also has thrown up plenty of talking points especially given the congested schedule and poor geographical grouping of races amongst various issues.

We though have managed to dig deep to discover five huge talking points that you need to know about the 2022 season.

More Races Than Ever Before

With 23 races scheduled on next year’s F1 calendar, we could be set for a historical F1 campaign with a record number of races held in a single season.

From the emergence of the Miami Grand Prix to four returning races in Australia, Canada, Singapore and Japan, 2022 will enable fans across the globe to get closer to the pinnacle of motorsport as F1 visits five different continents throughout the season.

With 12 races in Europe, five in Asia, five in North/Central & South America and one in Australia, there will be plenty of opportunities for fans across all regions of the world to enjoy F1 action trackside as 15 drivers across ten countries enjoy home races in 2022.

F1 however won’t return to China for a third consecutive season due to travel restrictions, whilst the Portuguese and Turkish Grands Prix have been dropped due to returns of four races elsewhere. 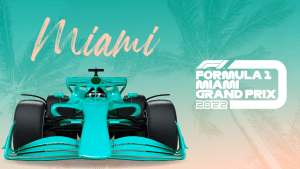 For those who can’t get enough of America and F1, 2022 sees the sport head Stateside twice with the Miami Grand Prix weekend set for 6-8 May, followed by the US GP in Austin, Texas from 21-23 October.

Whilst the latter event is well established, the Miami GP represents another opportunity for F1 establish itself in the American market with a race around Miami’s Hard Rock Stadium which is already renowned as a multi-sport complex.

For European fans, a second race in America means that there will be four races held in primetime (6-10pm) throughout 2022, which offers an opportunity for families to gather around their televisions and savour some potential classic races given how entertaining races held in North America can often be.

Haas meanwhile will consequently have two home races which offers huge opportunities for fans to show their support in Miami and Austin next season, plus there is option of visiting Canada, Mexico and Brazil to show support if unable to attend the team’s home races within USA. 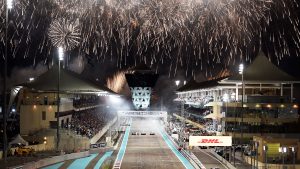 Next season will see F1 record their earliest season finale since 2010 with the campaign set to climax in Abu Dhabi on weekend of 18-20 November, meaning that 23 races will be held across 35 weeks in 2022.

This early finish is to allow F1 to avoid any clashes with the 2022 FIFA World Cup in Qatar which commences on 21 November, just one day after the F1 season draws to its conclusion at Yas Marina which has now traditionally hosted the F1 finale in December for last two seasons and again this December.

Whilst it might mean a slightly extended gap between the conclusion of 2022 and 23 seasons, the early finish to next season will offer 35 days for drivers, teams and fans to get their Xmas shopping done which is a marked improvement on the 13 days gap this year between season climax and Xmas.

Teams and Media At Risk Of Burnout 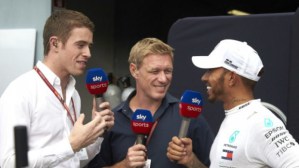 A 23 race calendar however does bring about the risk of burnout for teams and media alike with 23 races within 35 weeks next season.

It is therefore no surprise that not many employees across all ten teams are happy because the lengthy calendar will mean those trackside are likely to spend around 250 days in 2022 away from family and friends – excluding pre-season which will take the numbers up to around 260 days in total.

Considering that there are 365 days in 2022, it means that several members of all ten teams will spend around 68% of the year on the road, given that most will have to arrive at each circuit a few days early to prepare their garages and leave a day later than drivers and other team members.

That particular pressure is therefore likely to push teams to their very limits especially if travel restrictions in some countries mean that they can’t return home to loved ones when they get breaks, so our thoughts surely have to be with those who face a brutal schedule away from their families.

Several race engineers have also begun to take breaks during the season which runs the risk of destabilising their rhythm with drivers, in turn creating the prospect of the title being decided by which drivers can maintain his rhythm best not just on track but with their race engineers too..

As for the media, this will be a tough season in terms of balancing their workload, finances and mental health with many already reducing their race travels down to selected races, whilst Broadcast media will also face heavy rotation of their presenting and punditry teams.

2022 therefore feels like a massive test for many people across F1 and could very well define how much the sport can push the limit in race scheduling, because reduced media coverage could well have impact upon F1’s publicity if journalists decide to reduce their focus on the sport.

F1 will also boast more support race weekends from F2 than ever before in 2022 with the latter series set to race at 14 of the 23 races scheduled for next season, missing out all five Americas races plus French, Australia, Singapore and Japanese Grands Prix due to cost and logistics reasons.

Add in the fact that F3 will also race at nine selected races alongside F2 and F1 and it means that F1 will have a packed support package for fans to enjoy throughout most of the season.

Both junior series though will return to two races per weekend as the second Sprint Race is dropped but the Sprint Races will remain on Saturday with Feature Races held on F1 racedays, following a mixed experimental scheduling change this season which saw both series race on separate weekends.

This decision also means a vastly increased amount of racing action for fans at nine races – including Imola which will host F2 and F3 for the very first time, whilst five other races will see the added boost of F2 next season.