As the second half of the 2021 F1 season prepares to get underway next week, here is a look at four drivers who are all in need of improvement throughout the remainder of this campaign.

From experienced stars to young rookies to middling drivers, there are a wide range of performances this season on the grid, yet some have underperformed more than others and will be keen to try and improve throughout the rest of 2021 if they want to retain their seats for 2022.

I have therefore picked out four drivers who are worth watching out for across the next few months as they fight to find improvement in order to build momentum for next season or secure their current drives for another year. 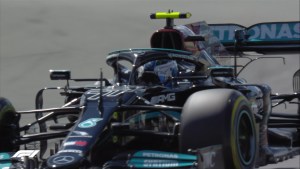 In a season where Mercedes needed Valtteri Bottas to deliver the perfect wingman campaign as Lewis Hamilton fights Max Verstappen for the title, Bottas has simply had a weak year so far with just one pole position and no wins as he sits fourth behind McLaren’s Lando Norris by five points in the standings.

Bottas’ head-to-head record against Hamilton has also fallen heavily with a 9-2 record in the Brit’s favour which is worrying, simply because Hamilton needs Bottas up alongside him more to act as a strategical trap for Red Bull and Verstappen especially in tyre strategy driven races where fastest lap points could be key too.

One positive for Bottas though is that he is four points clear of Red Bull’s second driver – Sergio Perez which could prove crucial in the constructor battle, as Mercedes seek an eighth consecutive constructor title this season.

There however is still plenty of progress that Bottas needs to make if he is to salvage a strong second half of the season, especially with George Russell impressing at Williams and heavily rumoured to replace Bottas next season with a decision reportedly set to be made in the coming weeks.

Having decided to depart Renault for McLaren in 2021 before the delayed 2020 season even kicked off, Daniel Ricciardo will be disappointed with the first half of his season as he sits 63 points off teammate – Norris who occupies third in the championship with three podiums.

What makes Ricciardo’s season even worse is the fact that he has been outclassed 8-3 in Qualifying head-to-head record between himself and Norris, as well as only outscoring the Brit twice – technically once if ignore fact that Norris had retired in Hungary with damage from a collision that wasn’t his fault.

Ricciardo therefore really needs to improve his game because he just hasn’t adapted well to the car at all this season with an average race finish position of 8th in 11 race finishes, compared to 4th for Norris which shows that Ricciardo needs to raise his game if he is to challenge Norris heading into 2022.

McLaren are also engaged in a battle against Ferrari for third in the constructor championship with the Scuderia’s driver pairing of Charles Leclerc and Carlos Sainz largely matching one another, which could make the difference in the fight for third unless Ricciardo finds his confidence quickly in the car.

It is worth noting though that McLaren will like many teams be focused on preparations for 2022 in coming months, so developmental upgrades could be sparse which means that Ricciardo will likely have to make do and try extract the most from the equipment that he has in the remaining races.

Either way, the second half of 2021 will be key for Ricciardo because he needs to try and build confidence in the car and reduce his deficit to Norris, especially if he is to enter 2022 ready to spearhead a potential challenge for victories next season under new technical regulations. 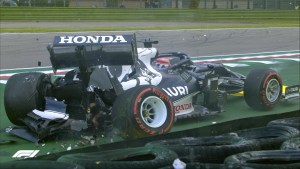 Having set the second quickest time in pre-season testing on debut, AlphaTauri’s Yuki Tsunoda has definitely disappointed so far this season despite showing raw speed across single lap pace and has been consistently outperformed by Pierre Gasly.

Tsunoda’s competitive debut yielded a ninth placed finish and two points in Bahrain but the Japanese youngster has been prone to various rookie mistakes in following races, with Q1 crashes in Imola and France sticking out as notable highlights on top of a mid-race spin at the former circuit to boot.

I however cannot ignore the recent progress that Tsunoda has made with top ten finishes in three of the last four races, which is a positive sign at a time when Helmut Marko will be pondering AlphaTauri’s 2022 driver line-up with Juri Vips and Liam Lawson both eying up Tsunoda’s seat and promotion from F2.

On that note, Tsunoda needs to continue his development in coming races and cut out his mistakes because if he keeps his performances clean and show more consistency, he certainly will keep his seat for next season and leave Marko with tricky decisions to make about his young drivers.

Now midway through his third full season in F1 after a brief two-race guest stint in 2017, questions will now be asked of whether Antonio Giovinazzi deserves his Alfa Romeo seat ahead of young Ferrari junior talent like Callum Ilott and Robert Shwartzman just like in Autumn 2020.

On current basis, it is difficult to argue in Giovinazzi’s favour but he has managed to get on par with Raikkonen across their two-and-a-half seasons together, yet is currently sat behind his more experienced teammate in the standings and occupying a car which is capable of more than one point.

Rumours circulating in the media though seem to suggest that Raikkonen could retire at end of season, although that doesn’t guarantee Giovinazzi’s seat, simply because he needs to prove his talent if he is to avoid the axe in a double seat clear-out in favour of two fresh drivers like Ilott and Shwartzman for example.

Giovinazzi therefore needs to raise his game more in the remainder of this season to give himself a shot at retaining his seat irrespective of whether Raikkonen decides to stay or retire, otherwise I can’t see him staying in F1 with his mediocre results despite improved consistency this season.