With rain forecast for Saturday, today took on more importance on top of being first back-to-back weekend at same track in F1 history as Max Verstappen reigned supreme from Valtteri Bottas.

Returning to the Red Bull Ring for a second consecutive weekend, the morning session saw a quiet start bar some installation laps, as Alex Albon dominated the early proceedings with a 1m 06.330.

Verstappen then took over top spot with a 1m 06.087 just mere minutes before Williams’ Nicholas Latifi pulled over with a gearbox issue, which soon caused a red flag when his car proved too small to wheel through the gap between barriers.

Once the session resumed four minutes later, Verstappen continued to improve as Racing Point’s Sergio Perez pushed him with a series of quick laps, with Charles Leclerc sandwiching the pair in second place at the halfway point of the session.

Bottas then cracked the whip on his Mercedes to go quickest with a 1m 05.381 only to be bettered by teammate – Lewis Hamilton, who went fastest by 0.173s from the Finn before Lance Stroll went within 0.003s of the Brit but his time was deleted for track limits.

Sergio Perez eventually topped the session with a soft tyre lap of a 1m 04.867 ahead of Verstappen and Bottas, who rounded out the top three ahead of Hamilton and Stroll.

Alfa Romeo and Williams rested Antonio Giovinazzi and George Russell in this session as Robert Kubica and Jack Aitken replaced the pair respectively, with Aitken coming out on top by 0.029s in 17th position to Kubica’s 18th position.

Haas’ Kevin Magnussen failed to set a time after encountering a battery issue. 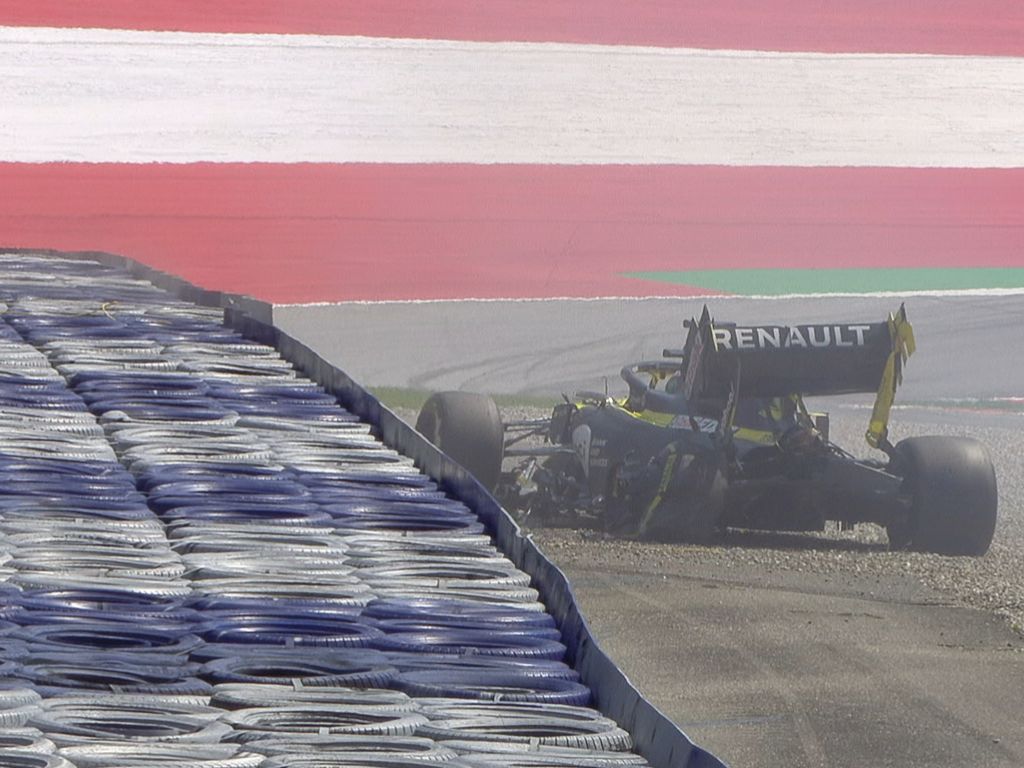 With rain forecast for Saturday, FP2 proved to be frantic as several drivers ventured out early on, with Perez emerging on top during early stages after posting a 1m 05.296 shortly before Daniel Ricciardo crashed at turn nine to cause a red flag.

The Aussie simply lost the rear on entry and went sliding into the tyre barrier and post session said; “It all happened very quickly so I’m not sure what went wrong.

“I turned in and just lost the car straight away.”

Shortly after the session resumed, Verstappen pitted following complaints over team radio of power loss as several drivers decided to go for a qualifying style lap in case the results from FP2 sets the grid if FP3 and Qualifying don’t take place due to forecast storms.

Sergio Perez improved his quickest time to a 1m 04.087 as Stroll and Albon saw lap times deleted for exceeding track limits, whilst Verstappen suffered the same fate once he re-joined the track but went second with his next flier of 1m 04.570.

Perez soon lowered his best time to a 1m 03.877 which eventually was only bettered by Verstappen and Bottas, with the Dutchman setting a provisional pole time of 1m 03.660 which was 0.073s quicker than Bottas.

Hamilton meanwhile struggled to extract pace from his Mercedes as he wound up in sixth position behind Carlos Sainz and Stroll in fifth and fourth respectively.