Australia and New Zealand won with 22 out of 35 valid votes by FIFA Council members in the first ballot, with Colombia only receiving 13 votes.

The 2023 FIFA Women’s World Cup will also be the first edition to feature 32 teams, containing eight groups of four teams in the Group Stage, whilst the knockout format will continue as traditional.

New Zealand Federation President (NZF), Johanna Wood has vowed that as joint-hosts, New Zealand and Australia would provide “a catalyst for ensuring the development of women’s football continues in the Asia-Pacific region and globally.”

Wood also spoke of her hope that the tournament would bring the world “together in a celebration of our shared love of football.”

Football Federation Australia (FFA) President, Chris Nixon spoke of the “unique geographical location” being a key strength in their “ground breaking”  bid with “huge potential for growth in women’s football” across the region.

Matildas’ captain and Chelsea player, Sam Kerr described the successful bid as “something every footballer dreams of…” whilst praising the “great progress” in the sport.

New Zealand captain and Orlando Pride player, Ali Riley iterated that players have been in close contact with both FFA and NZF in order to help develop a tournament that can “enable players to deliver their very best on the field.”

Riley also described the opportunity to captain the Ferns in a home Women’s World Cup as “truly special” and hopes to “inspire a new generation of Football Ferns.” 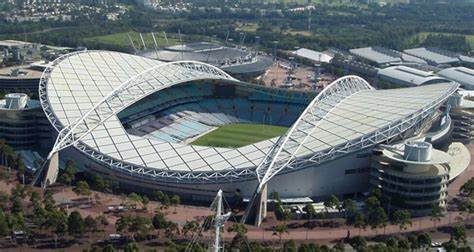 The tournament would see 13 stadiums within 12 host cities utilised with a minimum of five stadiums each in Australia and New Zealand respectively.

Stadium Australia in Sydney however is expected host the opening match of the tournament plus matches in every round, including the third-place play-off and Grand Final whilst Sydney FC Stadium is also on the list of potential hosts.

Melbourne, Perth, Brisbane, Adelaide. Newcastle and Launceston are amongst other proposed host cities within Australia, whilst Auckland, Wellington, Christchurch, Hamilton and Dunedin are considered for selection by New Zealand.

Australia and New Zealand have also identified 54 team and referee base facilities of which all are located near training pitches, and of at least four-star rating.