Formula One organisers have announced that the 2020 Grands Prix in Azerbaijan, Singapore and Japan have been cancelled in the wake of the Coronavirus pandemic.

All three races however are expected to return in 2021 as per their contracts, as this announcement comes in wake of a revised European calendar being released last week.

Explaining the decision behind the cancellation of these three races, F1 explained that it was ‘impossible’ to host Azerbaijan and Singapore due to the ‘long lead times’ that both street circuits need in order to construct their tracks.

Japan has been cancelled due to ‘ongoing travel restrictions’ which made an attempt to visit Suzuka this season logistically difficult.

F1 also reiterated that ‘significant progress with existing and new promoters’ have been made in regards to a revised calendar, whilst praising ‘the interest that has been shown by new venues in hosting Formula 1 races during the 2020 season.’

It was also confirmed that organisers are still approaching this season with stringent safety plans ‘in a cautious and flexible way.’

Brawn also confirmed that F1 has ‘a contingency plan’ which consists of extra European races, plus a potential Bahrain double header before Abu Dhabi closes the season in mid December. 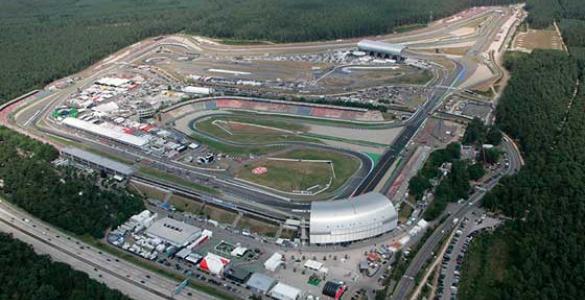 In the event that the European leg of the 2020 season is extended then there are several circuits mooted to host races.

Hockenheim was provisionally primed for the spots eventually taken by the British Grand Prix, in case British Government’s rules on air travel prevented racing at Silverstone.

It therefore wouldn’t be a surprise if Hockenheim is chosen for an early October race if required, given that the circuit is clearly still interested in hosting F1 despite not making the original calendar.

Mugello meanwhile is strongly rumoured to form a second Italian Grand Prix in celebration of Ferrari’s 1000th race in F1.

Other circuits under consideration include Imola, Jerez and Circuit de Estoril, which could host the Portuguese GP for the first time since 1996 after claiming a FIA Grade 1 License.

Imola today received a FIA Grade 1 License which therefore enables the San Marino GP to potentially make a return, having last featured on the calendar in 2006.

The announcement delights Uberto Selvatico (President of Formula Imola) who released a short statement saying; “With the renewal of the homologation, we are in a position to also host a Formula 1 Grand Prix, having all the parameters required by the International Automotive Federation on our track. We hope that this dream can become reality with the teamwork of institutions and territory “.