Pirelli have announced their selection of tyre compounds for the opening eight races of the 2020 Formula One season.

For the Austrian double header across weekends of 3-5 and 10-12 July plus Hungarian Grand Prix on weekend of 17-19 July, Pirelli will bring the C2, C3 and C4 tyre compounds for teams in a repeat of last season’s selection.

Pirelli will then take the three hardest compounds of C1, C2 and C3 tyres to Silverstone for the British GP from 31 July to 2 August and Circuit De Catalunya for the Spanish GP on 14-16 August akin to 2019’s choices.

Teams however will  have use of the C4 compound instead of C1 tyres for the 70th Anniversary GP at Silverstone across 7-9 August, as part of an attempt to mix up the racing strategies from the British GP a week earlier. 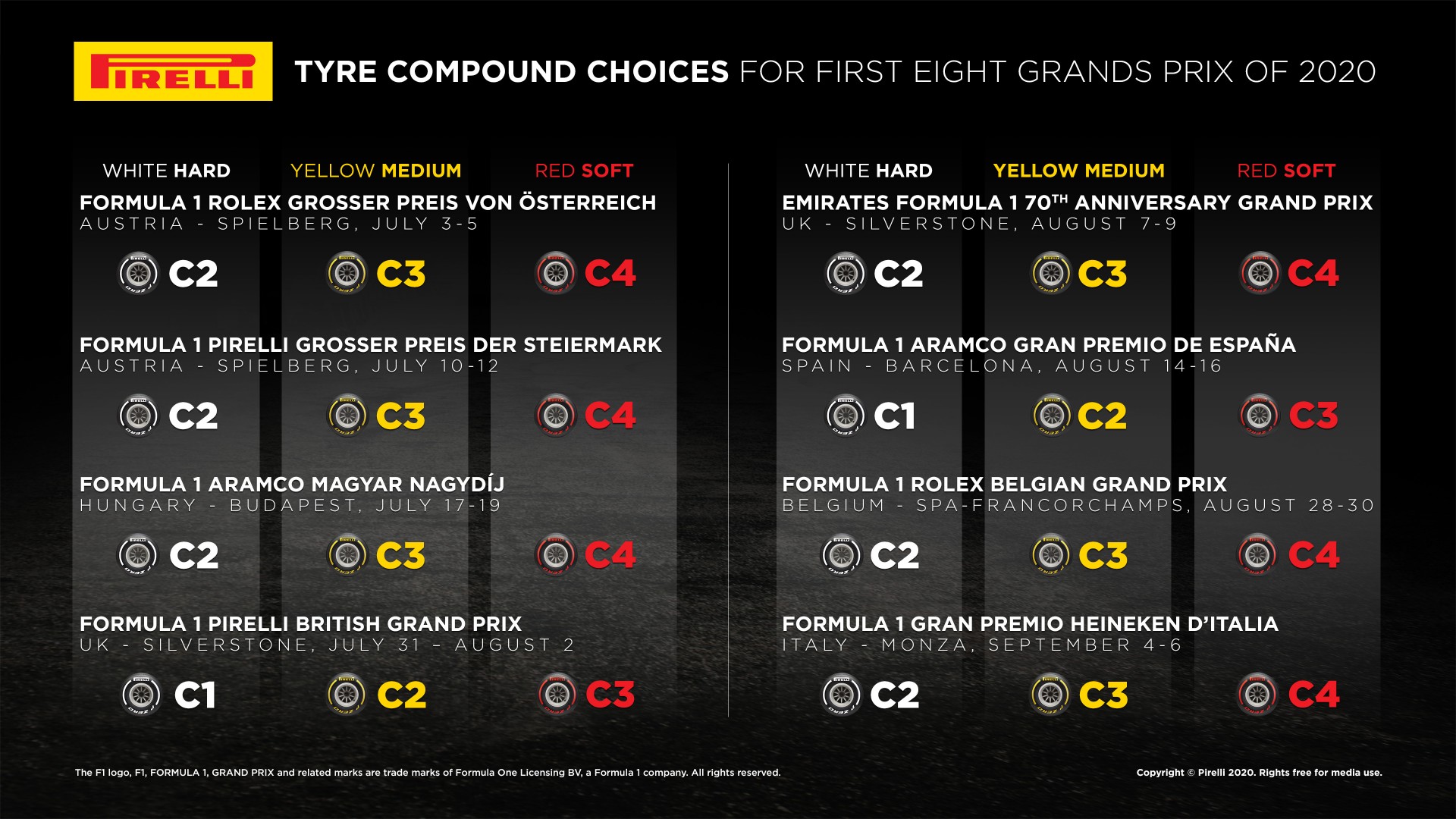 Each driver will be allocated 13 sets of tyres as normal in which one set of the softest available compound must be saved for Q3, of which those outside the top ten will keep their set.

All drivers however must save a set of the two hardest nominated compounds for the race, of which at least one compound must be used unless the race is declared wet at start.

Pirelli’s Head of F1 and Car Racing, Mario Isola spoke of the “many variables at the start of this delayed season” as Pirelli’s reason behind the decision to announce tyre selections for the first eight races together at once.

Isola however reiterated that the tyre compound selections have been made in order to “best match the characteristics of the individual circuit” and allow for “interesting opportunities for race strategy.”.