Rumours have emerged that Formula One could trial sprint races at double headed circuits this season, so we take a look at why F1 should introduce sprint races into the race weekend format.

According to The Race, F1 is planning to trial a reverse grid sprint race at Austria and Silverstone double-headers in place of qualifying, with the sprint race grid set in reverse championship order.

Remaining races this season meanwhile would use the current qualifying format as normal, making the sprint race format a novel experiment but here is why F1 should look to introduce sprint races permanently. 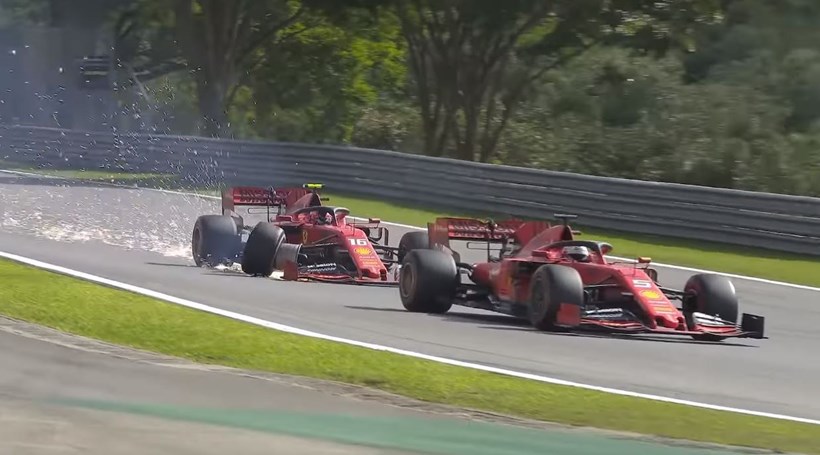 Sprint races often throws up the chance of mixed grids which can spice up the racing with no pit stops permitted, consequently putting more onus on driver performance as is often seen in F2 and F3 when top eight from Feature Races are reversed for Sprint Race  grids.

F1 however is proposing reverse championship order which could lead to top drivers taking more adventurous risks, as they battle through field in search for points and a better grid position for the main race and particularly at circuits with poor overtaking spots.

Another bonus of reverse championship grids for sprint races would be that we likely won’t likely see the same driver on pole for every sprint race, offering up more unpredictability throughout championship standings.

A huge risk though is that top teams could quickly come steaming through to the front given their technical and power advantage over the smaller budget teams, which could soon create a repetitive feel akin to current when top teams lead races.

Sprint races can often throw up competitive battles between drivers unlikely to be fighting one another in main races, with F2 often seeing drivers from weaker teams battling at front in sprint races.

F1 therefore should be capable of throwing up unpredictable but competitive battles like Antonio Giovinazzi vs Lewis Hamilton for example, although the difference in car however is likely to reduce the length of battles unless switch off DRS in Sprint Races.

Circuits like Monaco and Hungary however could produce some top competitive fights given the difficulty in overtaking spots, with last season’s F2 duel between Anthoine Hubert and Louis Deletraz in the Monaco Sprint considered a modern epic by some.

F1 therefore perhaps needs to strongly consider ways of making every car equal for sprint races, otherwise there could be a chance that top teams could storm through the pack to take easy wins at most circuits.

What make sprint races special in F2 and F3 is the fact that the onus is solely on the driver in many different ways, from managing tyres to timing their attacks with maximum tyre life at end of races.

Many F1 drivers have probably lost these aspects because they’re so used to pit stops when run out of tyre life, whilst the various car performances means that there often isn’t time for late charges towards the points which would add extra spice to sprint races.

F1 drivers would therefore have to remember their sprint race skills from junior categories and apply them in F1, which would favour more recent drivers like Alex Albon, Lando Norris and Latifi who have the fresher experience.

Kimi Raikkonen meanwhile has next to no experience in sprint racing which would provide a tough test despite his vast experience, whilst Hamilton often produced sprint race masterclasses during his GP2 days so would relish this more out of the older generation.

Throw in even a sprinkle of rain in middle of sprint races then it can often make the difference between drivers, depending on their wet weather skills which would hopefully mix the action up even further on top of tyre life and etc.

Car performance however would still be a huge issue given the contrast in technical advantage of top teams, although defending and early tyre management in sprint races could well provide the younger generation with plenty of fighting tools in closing stages.

Sprint races seem to be increasingly popular because of shorter race lengths and a higher likelihood of competitive battles, which is F1’s biggest issue at minute in terms of attracting young audiences who have little attention spans.

I therefore am open to F1 introducing sprint races but to take away qualifying and set sprint race grids on reverse championship order is a concern, mainly because we associate qualifying as a motorsport tradition to set grids.

Sprint races also currently work best after main race, which suggests that F1 perhaps would be best shuffling the decks and have qualifying plus main race on Saturdays and sprint races on the Sunday with reverse grid based on finishing order of main race.

I also worry about how the huge contrast in car performance throughout F1 grid could affect sprint racing, particularly if likes of Mercedes and Ferrari come storming through the field to take top six finishing positions unless performance is equalled out somehow.

We therefore perhaps should see how the trial runs go before making a final judgement on whether F1 need sprint races, but the sport itself need to be prepared to shuffle decks in order to make sprint races successful without removing qualifying.