Millwall look to spring a cupset as Gary Rowett’s Lions welcome Leicester City to The Den in Wednesday’s stand-out Third Round fixture of 2021-22 Carabao Cup.

Millwall are looking to advance beyond the Third Round stage for the first time since reaching 1994-95 Quarter Finals, whereas Leicester look to reach the Fourth Round for the fourth time in last five seasons. 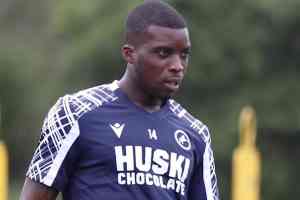 Sheyi Ojo is ruled out for Millwall through illness but is expected to be available for Saturday’s Championship trip to Nottingham Forest.

Benik Afobe (knee) could return if he proves his match fitness in time but Danny McNamara and George Evans (both groin) remain absent.

Leicester could again be without Jonny Evans as the Northern Ireland defender continues to struggle with a foot injury.

Millwall have established themselves as a difficult team to beat this season with goals in nine of their ten matches in all competitions so far this season, so I am definitely expecting them to come here looking to cause some issues going forward but defensive mistakes have cost them a lot of wins and clean sheets.

Leicester meanwhile need a more energetic performance than they managed at Brighton on Sunday because they simply failed to get going until two goals down, which they cannot afford to repeat here otherwise Millwall will be tasting a huge cupset opportunity.

On that note, I hope that we see a good contest here between two strong teams in their respective leagues but Leicester’s quality should be enough if they can get on the front foot, although The Den seems to be their bogey ground in all competitions.