Four years on from our first interview with Jack Aitken, we have caught up with the now 25-year old to discuss his racing career across F2 and GT World Challenge Europe, as well as the world of Social Media.

Aitken was competing in GP3 at the time of our last interview in September 2017 and he candidly opens up on the lessons of that campaign despite finishing as vice-champion, as well as the various challenges experienced in F2 with three different teams.

This season has also seen Aitken participate in GT World Challenge Europe where he has enjoyed a solid rookie season, whilst juggling an unexpected opportunity to return to F2 with HWA Racelab.

Now, he shares his insights on how the last four years have unfolded in an exclusive interview as well as reflect on the joys of seeing other drivers embracing Social Media away from the racing action.

At the time of our last interview in September 2017, you were battling your then ART GP teammate – George Russell for the GP3 title. Despite eventually missing out on the title, what was the biggest lesson that you learned from that title battle?

Aitken: “Probably how to get the most out of the people around you and your team. ART are one of the biggest in junior categories, and that year wasn’t straightforward at all with getting on the same wavelength as the team.

“It takes a lot of work and thought to make the best of those situations, and that year it probably was one of the things that cost me the title.

2018 saw you and Russell both stay with ART GP as you graduated up to F2, although results differed for both you and Russell with the new generation F2 car. What did you find to be the toughest aspect of adapting to the series whilst Russell won another title despite having equal machinery?

Aitken: “It wasn’t so much a case of adapting to new machinery, as that’s something you get used to very quickly as a driver coming up through the ranks, and I’ve never really had an issue jumping into something new.

“It comes back to making the team work for you, and finding what you need to be fast and comfortable in the car. It was a tough year for that as the setup philosophy was one I didn’t like at all, and unfortunately I didn’t feel like I had the tools to make it better.”

2019-20 saw you join Campos where there were contrasting fortunes across both seasons, despite taking three wins. Looking back now, how do you reflect on both seasons because there were plenty of valuable lessons?

Aitken: “The first season was great, a real triumph for a team with a budget a fraction of those usually fighting for wins. They really felt like a family come the end of that season, and it gave me some validation of my own skills after 2018.

“Sadly with the 18” rims coming in 2020, we simply couldn’t match the development of the bigger teams, and fell behind pretty hard. Working through those problems was humbling and another lesson in problem solving.”

You have also spent the last four seasons in a reserve F1 role at Renault then Williams. How important is that experience for you personally in terms of development and particularly when you made your F1 debut at Sakhir GP as an one-off replacement for Russell at Williams?

Aitken: “It certainly all adds up, to a point where I feel very comfortable with the processes and way of working in an F1 environment. Track time is still really hard to come by as a young driver, so there are still challenges, but I’ve learnt huge amounts just by watching and listening to the people here.

“In the end, your chance could come at any time, and not being ready for it would be criminal given enough time to prepare.”

This season has seen you switch to GT World Challenge Europe Sprint & Endurance Cups alongside F1 commitments with Emil Frey Racing, as well as make an unexpected F2 return. What has it been like adapting between your two race seats and Williams duty this season? 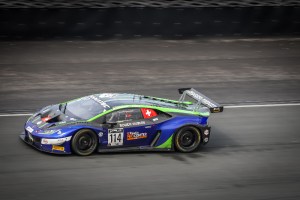 Aitken: “It’s been pretty interesting, even fun! The F2 stuff has been frustrating, as I do believe HWA have some great people there, but they’re in a tough situation being one of the newer teams. Acting almost in a development role for them was a nice challenge, but we all want to be racing at the front.

“The GT paddock has been very welcoming and it’s been refreshing jumping into a category I know very little about. Having said that, I think we’ve surprised a lot of the more experienced people by putting the car up there in the timesheets, and nearly being on the front row for the Spa 24hrs was a personal highlight.”

Finally, you are known for your bright humorous personality like Lando Norris, so how nice was it to see more young drivers showing their fun personalities on social media and particularly during lockdown than previously seen before?

Aitken: “I think it’s great, I always try to connect with people whether in real life or on social media, and the response is usually great. We’re all here to try and win, which always carries a certain hard edge with it, but away from the track it’s nice to chill out, have fun, and just be yourself.

“It is a shame when you see negative behaviour online, as a lot of the time it comes from being able to be anonymous, but they’re very much in the minority luckily.”