With Euro 2020 within sight, we take a look at three players who fans should watch out for across Euro 2020.

Amongst 624 players across 24 teams selected in the final squads, there will be plenty of youngsters looking to impress alongside familiar faces and names who are returning to represent their countries after years out in the wilderness.

This tournament therefore promises to be one of intrigue as we pick out three players to watch out for throughout the next month. 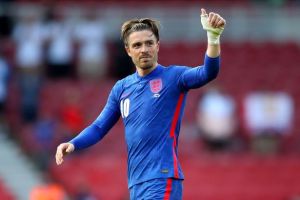 Jack Grealish might be 25 years-old but his attacking ability will certainly make him one of the players to watch throughout the tournament which will be his first major competition for England, having forced his way into the Three Lions fold just nine months ago.

Capable of playing as a winger and central attacking midfielder, Grealish’s pace has been his biggest weapon alongside the ability to deliver running dribbles past defenders so expect the opposition to be wary and even tighten up when playing against Grealish.

Grealish’s pace though does make him vulnerable to drawing fouls even if he is often adjudged to have dived as a foul is made, which could work both ways if his fouls end up gifting England potentially valuable game-winning penalties yet against him if VAR decisions go against him and the disciplinary cards come out.

Gareth Southgate though is likely to go for players of higher club level in his starting line-ups but regardless of whether he starts or comes on as an substitute, you should expect to see Grealish causing issues all over the pitch when England get on the attack. 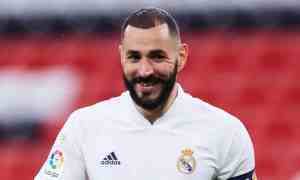 Having not played for France in over five-and-a-half years and currently awaiting trial on a charge of complicity in attempted blackmail, Karim Benzema’s inclusion in the Les Bleus squad was a surprise given that France already have quality strikers in Antoine Griezmann, Olivier Giroud and others available.

Benzema though has enjoyed a stunning season for Real Madrid with 30 goals in 46 appearances across all competitions, which in fairness made omitting him out of the squad ahead of Manchester United’s Anthony Martial tricky to justify given his strong form unlike his compatriot who has been injured recently.

It is however difficult to see how Benzema could fit into Didier Deschamps’ tactical plans given that France often play in 4-3-2-1  or 4-3-3 formations, unless he is selected ahead of Olivier Giroud or utilised as a substitute for Griezmann in the no.9 role dropping deep into midfield when needed to trigger attacking moves.

Either way, Benzema will certainly be an intriguing player to watch after missing the last two major tournaments as well as both Nations League campaigns, yet somehow has forced his way out of the wilderness back into the squad. 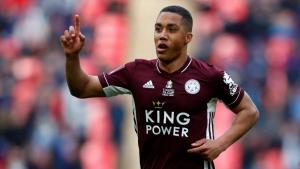 Youri Tielemans has certainly enjoyed his best season yet in all aspects of his gameplay for Leicester and has established himself in Belgium’s midfield, often roughly matching Kevin De Bruyne in various attacking statistics if not bettering his Belgium teammate in the defensive stats.

Tielemans has also shown that he can often be a man for the big matches as evidenced by excellent performances against top teams and particularly Chelsea in last month’s FA Cup Final, which should stand him in good stead for this tournament as one of Belgium’s best rising stars ready for tough opposition.

Tielemans also will be surrounded by top stars in this Belgium team like De Bruyne as well as two Leicester teammates in Dennis Praet and Timothy Castagne, who I hope will help him push on in his development and become one of the stand-out midfield stars of the tournament.