Ferrari today marked a return to Formula One action as they undertook a private test at Mugello Circuit.

The test offered Ferrari a first proper chance to practice social distancing in working conditions, of which they will face once the Formula One season properly commences next month.

Today also represented a chance Sebastian Vettel and Charles Leclerc to adapt to life back in the cockpit after nearly four months away from a racetrack, following the late cancellation of the Australian Grand Prix prior to First Practice in March.

Both drivers used the 2018 Ferrari car due to strict testing rules which prohibited use of this season’s car except for promotional filming days, plus last year’s car is also not permitted to be ran in private tests.

The main purpose of the test though was for the whole team to adjust to the new Coronavirus protocols, which were approved by the World Motorsport Council last week with all mechanics and engineers plus drivers wearing masks when out of the car.

Vettel took to the wheel in the morning session and covered a grand prix distance in which he felt “great to once again to get those feelings from a car…” whilst adding that Mugello deserves to host a Grand Prix on this year’s revised F1 calendar as rumoured.

This test however wasn’t Vettel’s first at Mugello, having previously ran at an in-season test around the Italian MotoGP track back in 2012 for Red Bull. 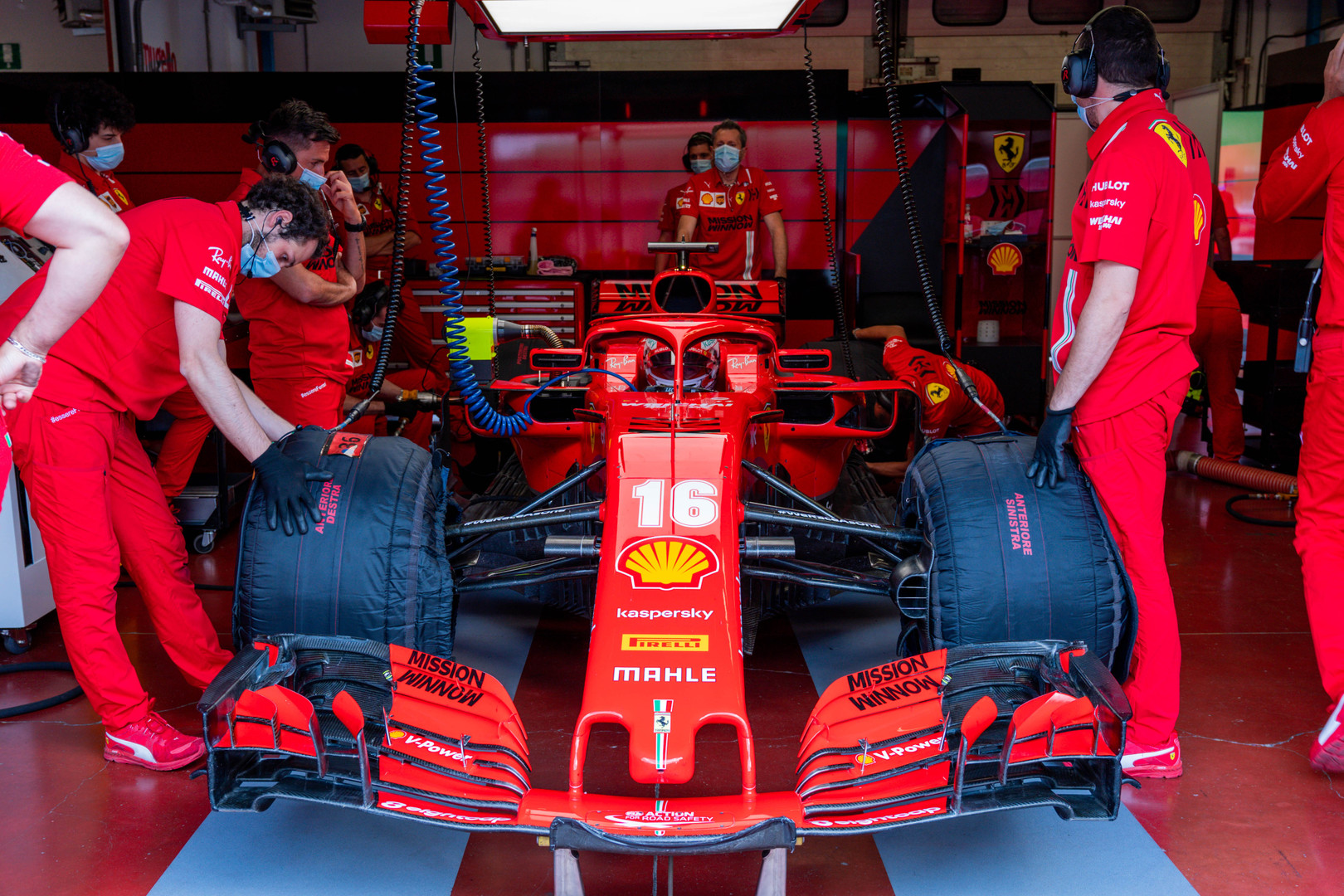 Leclerc then climbed into the cockpit for the afternoon session, having already ran the SF1000 around Maranello last Thursday and previously raced here in 2014 Formula Renault 2.0 Alps Series.

Once he hit his groove, Leclerc also managed to hit a Grand Prix distance with the Monegasque admitted that he had “… missed it!”

Leclerc however admitted that despite enjoying a hectic virtual racing schedule, he missed the “physical impression of speed.”

Ferrari also sported the #WeRaceAsOne logo on the car as part of a new F1 initiative aimed at creating positive change in sport and society, amidst the ongoing Coronavirus pandemic and condemnation of racism and inequality throughout the world.