With talks of Formula One wanting a third American race, we take a look at three circuits which could host a third F1 race in America.

Since 1959, ten different circuits have hosted various F1 events in America with mixed success but with the sport’s popularity on the rise stateside and the launch of the Miami Grand Prix next season, questions are now being asked about the prospects of a third F1 event in America.

Several circuits across America though don’t hold the required FIA Grade One license required to host a F1 race, which makes the prospects of a third US based race difficult to visualise but here are three circuits which would certainly fit on a F1 calendar alongside Austin and Miami in future. 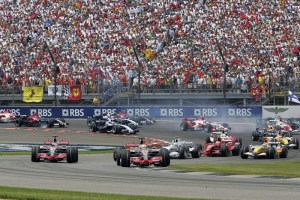 Having previously hosted the US GP between 2000-07 on the road course layout, Indianapolis Motor Speedway surely has to feature high on the list of potential venues to host a third F1 race.

The banked final corner though could be the only stumbling block but after the success of Zandvoort despite its overtaking difficulty, I imagine that Pirelli would be confident of designing a tyre capable of handling Indianapolis’ banking if F1 wanted to use it’s old road course layout.

F1 though should be heartened by the 2014 tweaks to the road course which eliminated the banking section with a chicane instead installed leading onto the main straight, which provides another overtaking opportunity if drivers are brave enough.

Indianapolis Motor Speedway is also now owned by Team Penske who could well be open to F1 racing at the circuit again, even as the centre piece of a double-headed weekend with IndyCar much like IndyCar and NASCAR have done in recent seasons depending on logistics. 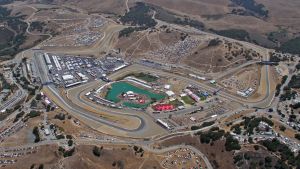 Largely famed for hosting motorcycling events in recent years, Laguna Seca has begun to establish itself on the four-wheel scene with IndyCar having returned in 2019 with two cracking races.

Although its remote location and sound (92 decibels) limits pose difficult logistical issues for its prospects of hosting a F1 race, there has been progress in communications with local residents in recent years so it’s not entirely impossible that a F1 race weekend could have an exemption due to their 140dB volume levels.

You also cannot deny that Laguna Seca would provide drivers with a difficult challenge in terms of the world-famous Corkscrew on top of various elevation changes, which would raise tough setup decisions given the various straights on top of hard braking zones.

Laguna Seca however only holds a FIA Grade Two license so if facilities and safety can be improved then a F1 race could be possible if upgraded to a FIA Grade One license, especially given the circuit lies within a recreation area which does offer additional opportunities for local businesses and economy.

If F1 bosses want a proper fresh street circuit based race in America, St. Petersburg surely fits the bill because it has a habit of offering cracking races whilst providing huge punishments for driver errors.

St. Petersburg though would likely see F1 record sub 60 second lap times given that IndyCar drivers currently post lap times around 60-62s on single lap pace, which isn’t particularly attractive from a fan perspective but would certainly provide teams with strategic challenges in Qualifying and Race.

The downtown location of St Petersburg within Florida also would provide huge economic opportunities for local businesses and the whole environment is something that all teams would certainly relish especially if maximum crowds were allowed after a 20k IndyCar cap due to Coronavirus pandemic in 2020 & 21.

Serious work however would be required to meet F1 safety and infrastructure standards in order to secure a FIA Grade One License on top of major financial backing, especially given the very high standards associated with hosting a F1 race weekend.

F1 though would probably need to agree an early season date close to the IndyCar event purely due to logistical reasons of the circuit being temporary and utilising one runway of Albert Whitted Airport, yet St Petersburg would probably prove a hit with teams and fans alike if done properly.