As Formula One heads to Texas, United States for the first time since 2019, here is a full guide to 2021 US Grand Prix as Lewis Hamilton looks to bounce back in his title fight against Max Verstappen.

Having lost his championship lead in Turkey, Hamilton arrives in Austin, Texas, with a six point deficit to Verstappen as both drivers enjoy strong race records in America which sets up a mouth-watering clash with just five further races left of this season.

Mercedes meanwhile hold a 36 point lead over Red Bull in the Constructors’ championship but both teams know that every point between now and end of the season will matter, whilst McLaren continue to tussle with Ferrari in the fight for third as all four teams look to kick-start their run-in on a high.

Haas meanwhile will be seeking positive progress at their home race despite looking uncompetitive all season, having already switched focus to their 2022 car design before this campaign even began.

Now, here is everything that you need to know ahead of the 2021 US Grand Prix. 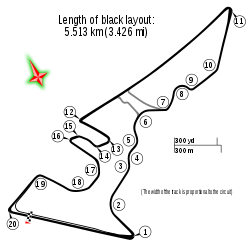 Circuit: Circuit of the Americas

Valtteri Bottas won from pole position in F1’s last visit to USA in 2019 after executing a two-stop strategy to take the checkered flag from Hamilton, who recovered from fifth on the grid to finish second and clinch his sixth title as Verstappen settled for third.

Sebastian Vettel was the most notable retiree in an otherwise largely strategy driven race, as he ran over a bumpy section of the exit kerb at turn nine on lap eight which destroyed the right-rear suspension of his then Ferrari.

If missed any of the 16 previous rounds of the 2021 season, please click on the links below to catch up on the missed action.