With Vans Amersfoort Racing set to make their F3 debut next season, here is a look at five drivers who could be in the mix to secure seats at the rookie team.

Known for their strong pedigree across lower single-seater formulas, Van Amersfoort Racing (VAR) is now set to join the F3 grid across 2022-24 seasons, which means that there are three vacant seats available for their inaugural season.

It therefore would be no surprise to see many drivers of various experience levels eying up a place in the team for next season, so here is a guide to five drivers who deserve a shot at securing a VAR drive for 2022 F3 season. 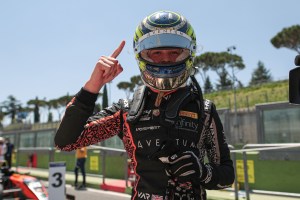 Having guided Ollie Bearman to the Italian F4 title already this season and on course to do the same in ADAC F4, you have to feel that the 16 year-old Brit has to be top of VAR’s driver shortlist for F3 given his talent and success with the team this season at F4 level.

Bearman also has made guest appearances at three GB3 (formerly British F3) rounds this season in which he scored four top-two finishes with one win and three runner-up finishes from nine races, which is a huge indication that he is ready to step up to F3 next season.

With VAR also likely to promote some of their current team members to work on their F3 outfit, having Bearman join them on this new adventure would provide solid continuity in what has already been a successful driver-team partnership between the pair.

I however do expect to see Bearman in F3 next season regardless of if it is with VAR or another team such is his impressive racing record.

Having endured a rough rookie season in F3 at Hitech GP with just one podium finish, Jak Crawford could well be on VAR radar if they want someone with F3 experience to lead their entry next season.

Crawford also has history with VAR after previously driving for them in last season’s ADAC F4 where he finished runner-up to Jonny Edgar, as well as selected Italian F4 rounds, where he finished sixth despite contesting only five rounds.

Much of Crawford’s future though does depend on Red Bull’s plans for the American youngster but after a difficult rookie season at Hitech GP, a return to VAR could be what Crawford needs as he would effectively be team leader due to his F3 experience which will allow Red Bull to analyse his leadership skills.

I however do expect Crawford to eye up a title challenging team like PREMA for example, especially after Dennis Hauger’s successful move this season. 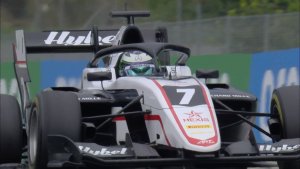 Despite F2 looking set to be Frederik Vesti’s next step for 2022, VAR certainly would benefit from his experience if he remains in F3 next season.

Vesti has previous experience with VAR after driving for them in 2017 & 18 ADAC F4 seasons as well as enjoy guest stints in 2018 Italian F4 and European F3 seasons, yet I do feel like he will be eying up a title challenge next season with ART GP if he was to stay in F3 rather than take a risk on a new team.

Saying that, we shouldn’t rule out a gamble from Vesti and Mercedes’ Junior Programme bosses because VAR do have a proven track record, although Vesti realistically needs a move up to F2 in next two seasons if he is to stand any chance of reaching F1.

With Logan Sargeant unlikely to secure a top F3 seat next season after almost failing to make this season’s grid due to budget issues, he certainly wouldn’t be a bad punt for VAR because he knows how to extract maximum performance from his car and challenge at front of the grid.

Sargeant in fact produced 104 of Charouz’s 127 points this season which is mightily impressive for the 20 year-old American, especially when translated to 80.3% in percentage terms of contribution to Charouz’s total points haul.

Next season will also see the current Dallara F3 2019 spec car still in use which will put VAR slightly on the backfoot given that they’re new to the series, which would make Sargeant a lucrative target given that he has been in F3 since the series and current spec car began in 2019 so can provide plenty of experience.

Much of Sargeant’s future though does depend on his 2022 racing budget and after three seasons in F3, he probably will want to do F2 finances permitting but spending a fourth season in F3 and potentially team leader of VAR could be a decent option given his young age.

If VAR were to decide on one experienced F3 driver alongside two young rookies then 16 year-old British-Swiss driver – Joshua Dufek shouldn’t be ruled out alongside Bearman.

Although Bearman has enjoyed higher success this season with VAR across ADAC and Italian F4 series, Dufek has proven himself as a consistent driver for VAR in his first season across both series so will definitely be deserving of a F3 chance if he was to stick with VAR next season and move up to F3.

Dufek also recently clinched his first single-seater victory in Italian F4 at Mugello which is more than enough evidence on top of his consistency and strong racing ability, as to why he would be worth a promotion to F3 with VAR.

The fact that Dufek is only 16 though could pose some tough questions because it could well be in his developmental interests to stay in F4 for another season and try to challenge for a title, before making the move to F3 in 2023 if not earlier as a wildcard at the final F3 round next season for a experience taster.