Victory could lift Palace as high as 11th whereas Tottenham will remain top for another week with a win. 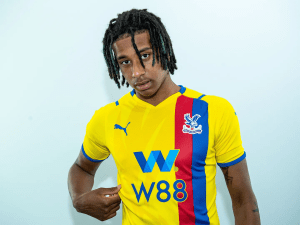 Michael Olise could make his competitive debut for Palace after recovering from a back injury which had kept him out throughout August.

Luka Milivojevic (fitness) is also set to be in contention but Eberechi Eze and Nathan Ferguson (both Achilles) remain ruled out.

Tottenham will be without Cristian Romero, Giovani Lo Celso and Davinson Sanchez due to quarantine regulations, after all three went on international duty in South America for Argentina and Colombia respectively without permission.

Tanguy Ndombele has been snubbed by Nuno Espirito Santo so far this season but could be handed a recall following Skipp’s injury.

Emerson Royal could make his debut after signing from Barcelona on Deadline Day.

Despite enduring a slow start to the season under Patrick Vieira, Palace have shown admirable strength in their defending in the last two matches but this will be a tough test of their attacking quality after a spirited fightback against West Ham a fortnight ago.

Tottenham meanwhile have scraped three consecutive one goal wins without conceding in their opening three league games, which will give them extra confidence on top of a brilliant display against Watford last time out in which they were brilliant across the pitch.

I however do wonder how long they can keep scraping those 1-0 results and given how their last two visits to Selhurst Park have unfolded, I can see a tough contest here because Palace will try and frustrate their London rivals with a strong defensive effort.