Victory for either team would send them through although if they draw with 2-2 at minimum, LASK would advance via away goals rule. 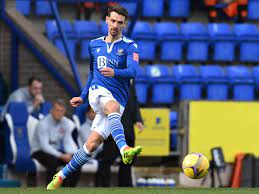 LASK could again be without James Holland after he missed the first leg with a knock.

This feels like a case of Deja vu for St Johnstone because they were here two weeks ago albeit in the Europa League following a 1-1 away draw in the first leg, yet they collapsed at home to lose the tie so I expect them to have learned from the experience and continue to play their expansive attacking football.

LASK meanwhile now know how to play the Saints so I expect a better performance after their manager – Dominik Thalhammer described their Scottish opposition as ‘disgusting’ with their style of football, which could indicate towards a counter-attacking style being deployed by the Austrian team here.

This game consequently feels like one where tactics will be key because if LASK sit in and soak up waves of attack, they will certainly be a threat on the counter, whereas if St Johnstone can continue their momentum and score first then they could certainly snatch the win.