Newport County welcome Southampton to Rodney Parade in the stand-out pick of concluding Second Round ties in 2021-22 Carabao Cup. 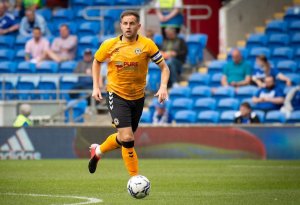 Matty Dolan is set to return for Newport after missing their last three matches with a calf injury.

Mickey Demetriou however is still absent with an unspecified injury.

Southampton have no fresh injury concerns to report as Sam McQueen and Will Smallbone remain ruled out with knee injuries.

Ralph Hasenhuttl though could rotate his squad with several youngsters in contention to receive a rare first-team chance, with Tino Livramento and Armando Broja chasing starts alongside fringe players including; Fraser Forster, Nathan Tella and Shane Long.

Given their habit for cupsets, Newport will certainly be keen to try and make life as tough as possible for Southampton with the advantage of their tricky pitch, although their defence is going to be key because the Saints do like to play a pressing style.

Speaking of Southampton, I can see Hasenhuttl ringing the changes here given that this is their second of three matches in six days and giving some youngsters like Broja and new signing – Thierry Small a chance which could lead to a change of tactics.

On that note, if the changes are rung in the away dressing room then Newport certainly have a good chance of winning this, yet I am going for a Saints win because I expect them to just have too much and abolish their mini away hoodoo in this fixture.