With the 2021-22 Premier League season set to get underway this weekend, here is a guide to five must-watch players across the next nine months.

The last month has seen all 20 clubs conduct transfer dealings and give youngsters a chance to break through into first-team plans, meaning that there will be plenty of eyes on individual teams to see how much progress has been made this summer.

Individual players though will be feeling the pressure from new signings like Patson Daka to Aaron Ramsey plus more, so we have picked out five must-watch players throughout the next nine months which you should keep an eye on. 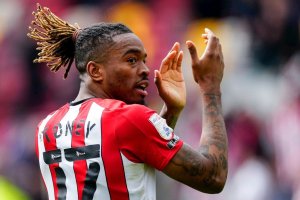 Having proven himself in the EFL across the last nine seasons with 125 goals in 316 appearances across all competitions, Ivan Toney will certainly be a player worth watching out for this season especially after netting 33 goals in 52 appearances for Brentford last season to win promotion via the Play-Offs.

Toney though suits an expansive yet direct style of attack so don’t expect to see him constantly trying to chase the ball up front because he is a player who is capable of dropping deep and causing mayhem in central defence of oppositional teams with his pace and agile runs on top of clinical finishing touches.

His experience in transitioning between different leagues throughout his career will also make him stand out, as he won’t be fearing the Premier League particularly after making two top-flight appearances in 2015-16 season so will certainly be confident of continuing his strong goal-scoring form this season.

In fact, Toney could very well be a difficult itch for oppositional teams to handle early on this season if their defensive tactics are either wrong or are let down by sloppy defenders, although the 25 year-old is also a proven playmaker so will still be dangerous if assisting goals rather than scoring himself. 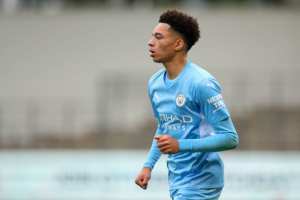 Having impressed in pre-season and the Community Shield for Manchester City as a winger, Samuel Edozie certainly will be a player to watch this season at the reigning champions.

With three goals in three pre-season friendlies against Championship opposition with quality runs and shot making, Edozie has certainly laid down an early marker for summer signing, Jack Grealish, alongside regular left-wingers – Phil Foden and Raheem Sterling who are set to be favoured ahead of Edozie on the left flank.

Edozie also was one of City’s stand-out players in their Community Shield defeat against Leicester on his competitive debut, with excellent pace and attacking ability on the left-flank which caused issues for the Foxes’ defence and that grit has to be admired given his inexperience and young age.

On that note, Edozie definitely faces a tough challenge if he is to become a first-team regular this season but if he can force his way into the starting eleven in the next few matches, Pep Guardiola certainly has a headache on his hands because Edozie’s emergence could prove a surprise threat to his plans this season.

Having signed for Manchester United in a £73m deal from Borussia Dortmund, Jadon Sancho will be a huge talent to monitor throughout the season, fitting naturally on the flanks and could form a ferocious front three with Edinson Cavani and Marcus Rashford once the latter recovers from shoulder surgery.

Famed for his trickery ability on the ball and pace, Sancho has also proven to be a fierce playmaker as he found himself involved in 114 goals at Dortmund, with 50 goals and 64 assists in all competitions which are impressive stats for a 21 year-old youngster who will definitely add firepower to Utd’s attack.

The Premier League however is a tougher proposition than Bundesliga where anyone can beat anyone, so Sancho could be in for a tough rookie season but his youth and strong top-flight experience will be valuable assets to him this campaign.

Having made a £50m move from Brighton to Arsenal this summer after being utilised as an unused member of England’s Euro 2020 squad, Ben White faces a tough season because questions will be asked of the 23 year-old’s talent given how huge a step up in quality the Gunners will be compared to Brighton.

White though is a strong ball-playing defender with the ability to start deep counter-attacks from within defence, which could well suit Arsenal but White could find a lot being asked of him if Arsenal opt for a counter-attacking style to disguise their inconsistent central midfield.

Arsenal also only managed 17 clean sheets across 54 matches in all competitions last season so more eyes will be on White to see whether his presence helps to boost their defensive record, especially given the hefty £50m price tag now attached to him this summer as Arsenal enter this season under pressure from fans. 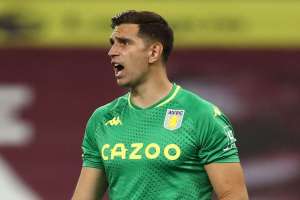 Having found himself utilised as a back-up goalkeeper at Arsenal for ten seasons, Emiliano Martinez last season moved to Aston Villa where he proved to be a revelation with the third-highest number of clean sheets, saves and the most high claims in the top-flight.

Martinez continued his stunning form this summer as he became Argentina’s first-choice goalkeeper and helped the South-Americans to the 2021 Copa America title, which now places serious pressure on the 28 year-old to prove that last season wasn’t just a fluke campaign and that he is instead the real deal.

The Argentinean will also be pleased with Villa’s squad reinforcement this summer with strong defensive and attacking signings, which should hopefully benefit Martinez if Villa’s defence can help him out more in preventing conceded goals despite his excellent record last season with just 46 league goals conceded.

Either way, this season will be certainly be a huge campaign for Martinez as he looks to build on his impressive first campaign of proper regular action in English Football, following a decade in the wilderness as a fringe player.