With IndyCar being particularly popular for ex F1 drivers like Alexander Rossi and Takuma Sato, we take a look at five Formula One drivers who should attempt Motorsport’s most iconic Stateside single-seater series.

From temptation of ‘Triple Crown’ to team having IndyCar links to suitable personalities for IndyCar, there are plenty of reasons as to why various F1 drivers should consider a future punt on IndyCar so I have picked out five drivers who should seriously attempt IndyCar in the future. 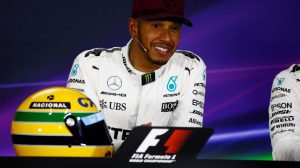 With three Monaco Grand Prix wins under his belt and set to equal Michael Schumacher’s record of seven F1 world titles if not then break it next season, it would make sense for Lewis Hamilton to eventually make the leap stateside and attempt to become one of the greatest modern single seater drivers of all-time.

Hamilton’s personality and worldwide popularity would also make him an attractive sell for not just the Indy 500 but IndyCar as a whole to an even wider global audience than what Fernando Alonso managed on his debut in 2017 given the larger following on social media and within mainstream sporting media.

Hamilton however would have an intriguing choice in terms of teams given that Chevrolet backed cars have won five of last six IndyCar seasons, whereas Honda has produced 13 Indy 500 winners this century which is appealing if Hamilton values winning Indy 500 higher than an IndyCar title.

We know that Hamilton is unbeatable when given right strategies and car and coupled with his current driving skills, IndyCar would provide a fresh challenge with Hamilton considered a fierce title contender if he ever made the leap to America and decided to go and win one of the most competitive top-level single-seater categories currently around outside of F1

You therefore have to wonder whether IndyCar would be the perfect fit for Hamilton given his eccentric personality and non F1 related work in between race weeks given the more variable scheduling compared to the rigorous but consistent schedules of F1. 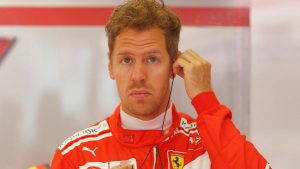 Although Vettel is moving to Aston Martin in 2021, you have to wonder whether a move to IndyCar in future could suit Vettel in terms of providing a fresh challenge if his latest F1 switch doesn’t work out well.

Vettel would also be following in the footsteps of former F1 champions; Mario Andretti, Emerson Fittipaldi and Nigel Mansell who have all made successful switches to IndyCar in the past with Fittipaldi and Mansell claiming titles in the series and were the top two finishers in 1993 season as Mansell edged out the Brazilian for the title that campaign.

There is no doubt of Vettel’s speed over a single lap at least even if his race pace is now questionable in F1 but you surely can’t shake the feeling that IndyCar could suit Vettel, especially if given the right car and excellent tyre strategies to help him succeed in a competitive field which has already attracted recent former F1 stars from Max Chilton to Marcus Ericsson.

2022 also sees IndyCar move towards hybrid technology with a fourth generation engine which could be tempting for Vettel given his experience in F1’s hybrid era, and he would be a strong headline name to kick-start IndyCar’s new era from 2022 given his prestige as a driver with four F1 titles under his cockpit.

There would also be temptation of winning all three iconic races plus at least one F1 championship in what should be known as the ‘Quadruple Crown’ but isn’t for some reason, yet was achieved by Graham Hill in 1972 when he won Le Mans 24 Hours race that year.

Throw in Vettel’s stardom even if his popularity is quite marmite like in terms of personality due to favouritism and “Multi 21 Seb” like incidents throughout his time in F1, and he would certainly be an attractive name for IndyCar in future if he headed Stateside. 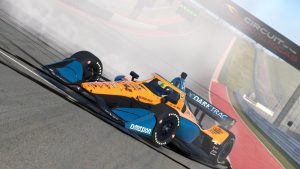 Following a successful Virtual IndyCar debut during lockdown and McLaren currently running a team in the series, it is difficult to imagine Lando Norris not giving real-life IndyCar a go towards the end of his racing career.

Norris also possesses a cheeky personality alongside his excellent racecraft which would make him a huge favourite with Americans, because he genuinely comes across as a typical young lad who most motorsport fans can relate to from gaming to love of milk and more

Seeing Norris in real-life IndyCar also would bring a fierce on-track rivalry with Simon Pagenaud after the “Salty” scandal between the duo after a controversial end to the final Virtual IndyCar race in early May, so its a no-brainer to try and get Norris into a IndyCar race at some point.

Norris also has the advantage in that he currently drivers for McLaren and depending on scheduling, the temptation is certainly there for the occasional IndyCar race if Norris and McLaren so wished to get extra racing in outside of F1 with Arrow McLaren. 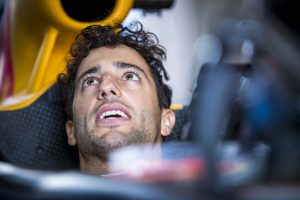 With Ricciardo beginning to enter his twilight years in F1 and moving to McLaren next season, you have to wonder if the door could potentially open for an IndyCar switch with Arrow McLaren in a few years time.

Like Norris, Ricciardo has the sort of personality that Americans would enjoy plus isn’t afraid to get stuck in when it comes to getting racy if given the car to do so, of which there will be plenty of opportunities to find himself in plenty of scraps whilst managing the tyres.

Australia however doesn’t boast a great record in IndyCar with exception of Will Power but Ricciardo could be the ideal Aussie to change that, given that he is a great racer on the right circuits and if he joined a top team like Chip Ganassi or Penske Racing then he would be a serious title contender from get-go if can adapt quickly.

I therefore wouldn’t mind seeing Ricciardo tackling IndyCar’s combo of road and oval tracks because with someone of his popularity, there is more to be gained in terms of sponsors, attracting more Aussie drivers plus wider exposure across motorsport. 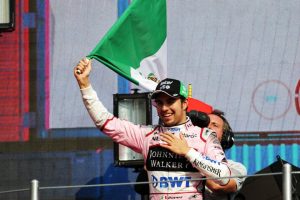 Having lost his Racing Point seat to Sebastian Vettel ahead of the team’s rebrand as Aston Martin next season, IndyCar surely has to be a serious option for Perez if he fails to find another F1 seat.

Add in the fact that Perez’s ex F1 team, McLaren are currently running an IndyCar team with two young drivers in Oliver Askew and Patricio O’Ward, you have to wonder if Perez could be a good fit given his motorsport experience even though he would be a rookie if he entered the series and could be a reserve option for McLaren F1 team too.

Perez would also be following in the footsteps of many previous F1 drivers like Sato, Sebastien Bourdais and Mansell who switched to IndyCar, although there has been varying degrees of success amongst those who made the switch upon losing their F1 seats.

I however believe that Perez would suit IndyCar because he clearly has the qualities to be a serious contender on road and street circuits, although his oval skills would be an interesting watch given his lack of experience on that type of circuit.

IndyCar could also well suit Perez in turn because the Mexican would bring a strong following of Mexican fans and sponsorship across from F1, plus potentially provide a boost in Mexico with possibility of creating opportunity for a Mexican Indy Grand Prix in future.