Wales kick off their 2020 UEFA Nations League Group B4 campaign as they visit Finland in their opening clash at Helsinki Olympic Stadium.

Both teams enter this match as two of three teams set to scrap for promotion to League A alongside Republic of Ireland, who are facing Bulgaria in the other group match in Sofia. 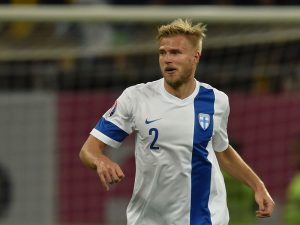 Paulus Arajuuri is ruled out for Finland after picking up an injury in training but Markku Kanerva has a full squad otherwise available.

Wales will be without David Brooks (ankle), Aaron Ramsey, Tyler Roberts (both knocks) and Ashley Williams who is absent for personal reasons.

Ben Woodburn and Brennan Johnson have therefore been promoted from the U21s team into the senior squad as replacements.

Finland have enjoyed a remarkable revival after slipping outside of the top 100 ranked countries during 2017 with a strong defensive setup, although Wales will be a difficult test given that the visitors like to play attacking football which will pose a tough issue for Finland.

Another concern for Kanerva has to be Norwich’s Teemu Pukki who is Finland’s third highest goalscorer yet hasn’t scored for club nor country since mid January, which worries me slightly because Finland probably need a striker full of confidence to stand any chance against a team like Wales and Pukki currently doesn’t seem to have that confidence up front.

I therefore am expecting a tough physical encounter but given Wales’ poor away record against the Eagle-owls, Finland should be able to grind out a result here if are at their best.