As the Premier League makes its return, there is a big question of who will win the 2019-20 Golden Boot award.

Jamie Vardy currently leads the way with 19 goals but with four players hot on his heels with a realistic shot at stealing the Golden Boot, this run-in could well become not just about the various European and relegation battles but also about the best goal-scorer.

It’s therefore is difficult to predict who will win this season’s Golden Boot, so join me as I look over the performances of the top five contenders so far before predicting the top three finishers. 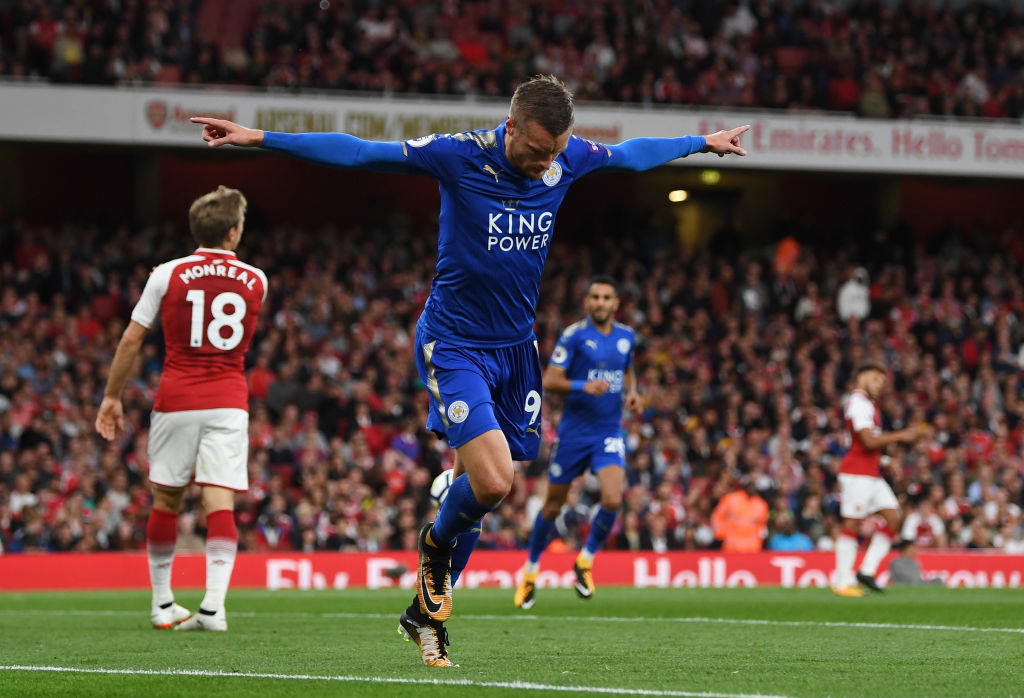 At the age of 33, it is easy to expect Jamie Vardy to turn his focus towards retirement but this Englishman is continuing to deliver as he leads the battle for the Golden Boot and is just five goals off his best ever Premier League tally with nine rounds left.

Vardy in particularly has benefitted from Leicester’s new style of play under Brendan Rogers, which has seen him become more or less the focal point of attacks which has suited him brilliantly so far this season.

You also have to admire the fact that he has scored at least two goals in five individual matches despite approaching his twilight years, demonstrating just how excellent his attacking instinct is with the least amount of wasted shots into attempts on target.

I therefore do genuinely think that Vardy is in with a great shot at the Golden Boot if he continues to take his chances and produce clinical overhead shots.

There isn’t much to say about Pierre-Emerick Aubameyang other than he has been one of Arsenal’s biggest assets, contributing 17 of their 40 league goals so far this season.

We however must note that Aubameyang has achieved his 17 goals under three different managers (including Freddie Ljungberg’s caretaker stint), so here is a breakdown of his goal tally under each Manager this season;

Aubameyang therefore has been one of the most consistent strikers this season despite playing under three different managers, particularly under Arteta of whom he should easily hit double figures across their last ten games.

Speculation however is increasingly gathering around Aubameyang concerning his Arsenal future, so it will be interesting to see if he can continue his consistency after a three month break amidst constant speculation over his Arsenal shirt.

I don’t think anyone would be surprised to see Sergio Aguero firmly in the mix for the Golden Boot because he has been a constant contender for the award, with exception of 2012-13 and 2016-17 season when he was slightly below par.

Aguero however is like Aubameyang in that he spearheads attacks with several shots which are often wasted on target, although he too like Vardy is approaching his twilight years so has become more of an assistant than he used to be.

It however is difficult to see Aguero not staying in the mix for the Golden Boot right up until the end, unless he suffers a serious injury that keeps him sidelined for a few weeks given the hectic schedule for remainder of this season.

Mohamed Salah has once again been consistent for Liverpool despite having one fewer goal than he did at this stage last season, yet he finished as joint top scorers alongside Aubameyang and Liverpool teammate – Sadio Mane.

It is worth also noting that Salah has also produced just two less assists than in entirety of last season, so expect him to at least match if not better his assist tally in the remaining games with the pressure now off him and Liverpool as they close in on the title.

We therefore shouldn’t rule out Salah for a late charge given that Liverpool will have mainly dead rubber games in their last five or so matches, meaning that the Egyptian can afford to push for as many goals as he can get if wants a top three finish.

Southampton have had one hell of a rollercoaster season with several poor defensive performances, yet Danny Ings finds himself fifth on the Goals list and in with a shot at the Golden Boot.

Ings however has scored more than one goal in just one of his 29 appearances for Southampton this season, which probably won’t be enough to mount a full challenge for the Golden Boot unless he finds great consistent form during the run-in.

Ings however has quietly done a solid job to put himself in the mix but I just can’t see him having enough consistency during the run-in, if he is to realistically mount a serious late charge for the Golden Boot.

One person who I believe will definitely make the top three is Vardy because he has everything going for him in that he is the focal point of Leicester’s attacks, whilst the Foxes’ run-in is quite favourable from which Vardy should get four or more goals from.

In fact if he does score four goals then I can’t see anyone beating him to the Golden Boot, although Aubameyang should definitely look to give Vardy a good battle if he can score consistently in nearly every match.

Ings meanwhile would a surprise third-place finisher if he can find more consistency in terms of scoring more than once in matches, but I just can’t see him doing that given the inconsistency of Southampton’s performances.

Likes of Sadio Mane, Marcus Rashford and Tammy Abraham meanwhile can’t be ruled out, although I don’t think that either of those trio could snatch a top three goal-scoring finish given the likely rotation that will be taking place between games.

Third place is therefore in my opinion between Aguero and Salah with the order possibly coming down to who is more clinical in producing goals, which I think will ultimately be Salah by virtue of a lighter schedule than Aguero if City progress in FA Cup.