Whilst the Manchester and Merseyside derbies headline this weekend’s action, there is still a huge relegation battle going on at foot of table.

West Bromwich Albion who sacked Alan Pardew this week, are certain to go down but the remaining two spots are unclear still.

Bournemouth and Watford meanwhile can all but secure safety with victories this weekend.

Bournemouth can move towards virtual safety here with a win, whilst Crystal Palace need three points because defeat and a Southampton win over Arsenal on Sunday could land them in bottom three.

Palace are unbeaten in two Premier League trips here but Bournemouth are currently on a hot goal streak, scoring in their last 13 games.

For that reason, I can see them keeping that run going here and get a victory against a Palace side who might expose themselves if try to chase victory for their survival hopes.

This meeting should be quite interesting because both teams have been solid at home but struggled away this season.

Add in the fact that both sides need a win here ahead of a brutal run in, it means that there is no room for any slip ups here.

Brighton have won three of last four home matches whilst Huddersfield have won just three away matches this season.

Both teams however have been involved in a league high of four goalless draws and a low of the fewest different goal scorers with eight players finding the net for each side.

Realistically this sounds like it is going to be quite a quiet game so am going for a draw here.

Both teams come into this game with one league defeat apiece throughout last two months, so expect a competitive match.

The King Power Stadium hasn’t been a happy hunting ground for Newcastle, who are yet to register a victory here.

They also have scored just three goals across last seven meetings, which is worrying for their chances

Leicester meanwhile are unbeaten in last six at home despite four matches being drawn, including their last three which all finished 1-1.

Prediction wise, I think it will be a tight one but the Foxes have developed a knack of slyly hitting injury time goals.

On that note, I fancy a home win. 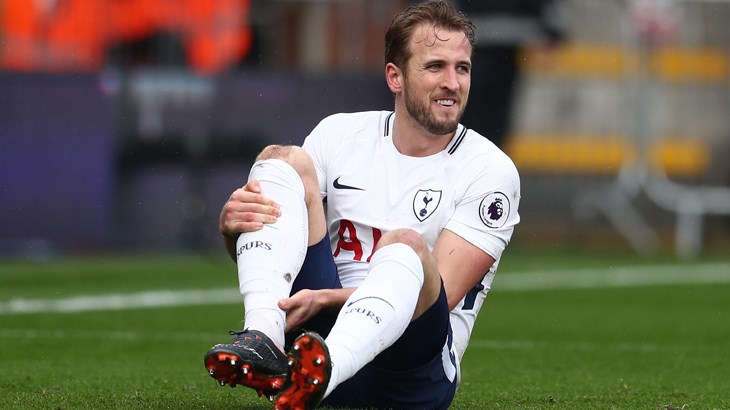 Any loss less than a four goal margin would be a relief for Stoke City, never mind a draw or win.

Tottenham have put four goal margins past the Potters in last four meetings and with Harry Kane back, will be raring to make it five wins on the trot.

My biggest issue with the Potters is the fact that they have shifted 61 goals this season, which has to be amongst worst stat for any top tier side in Europe, let alone England.

If they can produce a decent defence at home like they have done so far under Paul Lambert, they should stand a chance if Spurs have a off day.

Sadly, I can’t see that happening so am calling it a Spurs win here but by a more respectable result than recent times.

Watford can secure virtual safety with three points but Burnley need a win to keep the pressure on Arsenal in race for sixth.

Just five points currently separates Arsenal and the Clarets but with the Gunners on usual end of season form, Burnley cannot afford to slip up from now on in.

All Premier League meetings in this fixture however has been won by the home team, meaning that Burnley are going to have to do something magnificent here.

Since an away loss at Swansea, Burnley’s last eight goals have all been scored by Ashley Barnes and Chris Wood.

If they are on form here, there’s no way Watford are going to hang on defensively despite being unbeaten so far under Javi Garcia at Vicarage Road.

It has to be a Burnley win because they have the momentum and their away form is vastly improved on last season.

Swansea meanwhile are  within danger of dropping into the relegation zone, should Crystal Palace, Huddersfield and Southampton all win this weekend.

Both teams have scored just 25 goals this season but the Swans have eight wins from 13 Premier League matches against West Brom.

Form wise, the Baggies are in alarming form with no win or point since mid January whilst Swansea have just taken a draw at Huddersfield from last three away games.

In all honesty, I can see a reaction from the home side here and maybe the start of another great escape.