Following a £300m takeover of Newcastle United by a Saudi-Arabia led consortium, here is an in-depth look at five potential managerial candidates who could lead the Magpies forward.

With a new board now in place, questions are now circulating concerning the managerial seat with a change widely expected, as is often traditional as part of a new takeover unless the new bosses are prepared to stick with the current first-team management for a temporarily basis at minimum.

I have therefore picked out five candidates who could well be in the mix for the managerial position for various reasons, beginning with a familiar name who could well retain his job.

Although new ownership usually means a change of manager, we shouldn’t entirely rule out Steve Bruce retaining his current job if the club feels that there are worse aspects of the club that needs sorting out ahead of the managerial position.

Bruce though has spent the last two seasons restricted to just £125m spend on six first-team players which required a transfer fee, whilst four other senior signings were completed on free transfer deals, so perhaps you could argue that he hasn’t had proper financial backing and deserves a chance under new owners.

Results though haven’t exactly been spectacular with Bruce delivering two mid-table Premier League finishes in last two seasons, with just two-points improvement across both campaigns plus the Magpies currently sit second-bottom in the standings this season.

Mike Ashley though hadn’t really been invested in the club throughout Bruce’s time at St James Park, which could provide the consortium with a reason to give Bruce a proper chance with serious financial support behind the team.

Bruce though represents a link to the struggles of recent seasons and with the new owners targeting a revival of success, he could be moved on in order to enable an ambitious manager of their standards to come in and take the club forward. 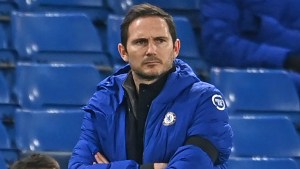 If Bruce does move on and the board wants a manager with deep-rooted English football experience, Frank Lampard surely has to be in contention given his credentials.

Although his time at Chelsea was harshly cut short by a lengthy mid-season rut during last season, Lampard actually deserves credit because his direct attacking style of play provided plenty of entertainment which is something that Newcastle fans want to see.

Lampard also has proven that he can blend youth with experience to extract maximum performance and results, yet he sadly lacked the experience needed to reset the Blues during a costly rut between December-January which cost him his job at Stamford Bridge.

Newcastle meanwhile are crying out for a fresh direction after years of management under experienced managers, which could make Lampard the ideal fit in terms of young managerial blood under new ownership blood as part of a long-term project.

It therefore makes sense that Lampard is high up the bookies’ list of managerial candidates if Bruce is relieved of his duties, because he could well be the ideal fit and I can actually see Lampard relishing a challenge like this complete with his experience which will only benefit the squad. 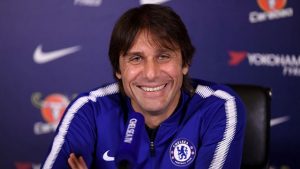 Should Staveley and the consortium look to lay down an immediate marker with a top-quality manager, Antonio Conte is the ideal free candidate.

With eight years of top-flight success in Italy and England as well as a spell in charge of Italy between 2014-16, Conte certainly is an established top-flight manager and most recently led a revival of Inter Milan as he took them to 2020-21 Serie A title just two seasons after joining the club.

Now that is impressive pedigree for a quality manager but patience is going to be key in the next manager to take the Newcastle job, simply because converting the squad from an average team into world-class title contenders is going to be a lengthy process.

Whether Conte has the patience for that type of project though is questionable after enduring a difficult Premier League stint at Chelsea, where the Blues won 2016-17 title in his first season before tumbling to fifth in the following season before eventually departing during pre-season of 2017-18 campaign.

Whilst Conte would represent a huge statement of intent from the club, I do worry about whether he would be the ideal fit given that he will certainly want to be challenging near the top within next two seasons, yet the squad isn’t strong enough to match his ambitions.

Former Bournemouth manager, Eddie Howe is currently the red-hot bookies favourite but having spent a year outside of the game and declined the Celtic job, it surely has to be questioned as to what sort of club and project that he is looking for.

Newcastle though represents a huge project centred on rising from average mid-table team to title challengers, which is something that Howe lacks in experience although he is great at providing stability as evidenced by his excellence at Bournemouth in recent years.

Whilst recruitment standards slipped in his final season on the South Coast which proved costly for the Cherries’ top-flight status, Howe though does possess that managerial quality needed to establish a strong fighting spirit so could well be the ideal short-term target until end of this season at minimum.

Another aspect of Howe’s managerial skillset which could well benefit Newcastle is his ability to bring in quality young players like Chris Mepham, David Brooks and Dominic Solanke, whilst implementing a free-flowing style which enabled the midfield and attack to play entertaining football.

That style though is something that Newcastle fans would probably admire, whilst players like Allan Saint-Maximin and Callum Wilson will certainly enjoy Howe’s style if he came to the club because there is potential in the squad to do well with the right manager in place.

Howe’s ability for attracting impressive young players also could be beneficial for the club in terms of the long-term vision, if he was to successfully breed them into top stars who can excel under a top manager in a few years time.

This however wouldn’t be Howe’s first dabble in club management under a new ownership, having previously been in charge of Bournemouth when their current owners took charge, which in turn will be of the new board’s benefits in that they can learn from each other to advance Newcastle forward.

Either way, Howe does on paper feel like the perfect fit for Newcastle in the short-term in terms of providing stability and fresh direction for the team on the pitch, whilst also providing support for the board in revamping the squad where appropriate over time. 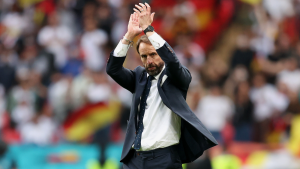 Although this feels like a total wildcard, Gareth Southgate deserves a mention because his contract runs out at conclusion of 2022 FIFA World Cup and he could well be a strong solid fit for the long-term project at St James’ Park.

Having garnered a reputation for blending youth with experience across managerial spells at Middlesbrough and England – albeit with contrasting fortunes in terms of results, Southgate certainly has established himself as a top manager who can be trusted with long-term projects concerning squad improvements.

Southgate also has demonstrated an ability to provide pathways for youngsters to progress from the Under-21s squad into the first-team, most notably with Bukayo Saka and Jude Bellingham although he can send players like Callum Hudson-Odoi from senior to U21s squad if appropriate to aid their development.

Newcastle though are in a rut in terms of youth graduates with Freddie Woodman, Matty and Sean Longstaff plus Elliott Anderson representing their only recent academy graduates, who have advanced into the first-team.

It therefore wouldn’t be a surprise if fixing that link between youth and senior squad is a crucial priority for the board, especially when looking for a new manager and Southgate does fit that bill with his experience in promoting and integrating youngsters into the senior England squad.

Southgate’s possession based tactics though probably would feel like a throwback to Rafa Benitez days of 2016-19, at a time when Newcastle needs to become more attack-minded and shake off their defensive style which has frustrated fans for many years now.

One positive though is that Southgate’s contract is up for renewal next December but the FA apparently are wary that he could well want a return to club management, especially after three major tournaments as England manager which could prove tempting if Newcastle want him to lead their project.

I however cannot see him wanting to take on a club of Newcastle’s status at present because there is a large range of work that needs to be done to improve the club on and off the pitch, although he would certainly be a strong statement of intent from the board if he was prepared to commit long-term to their vision.

A move for Southgate now would also allow both Newcastle and England to move forward on their own projects, rather than drag it out until next summer if the Magpies’ board indeed were to want the 51 year-old and prevent disruption to England’s World Cup preparations.