As the 2021 title battle continues to intensify between Max Verstappen and Lewis Hamilton, Formula One head to Sochi, Russia for the 2021 Russian Grand Prix.

With just five points separating Verstappen and Hamilton following race-ending contact in the Italian Grand Prix last time out, both drivers will be eager to bounce back and impose themselves into the title lead with a win here.

Red Bull meanwhile come into this race desperate to stop Mercedes romping towards an eighth constructor title, whilst McLaren have a point to prove after ending their nine year victory drought at Monza as they seek another strong podium chasing performance.

Haas’ Nikita Mazepin will also be out to impress as he prepares for his first home race in front of his Russian fans, despite enduring a difficult rookie season.

Now here is everything that you need to know ahead of the 2021 Russian Grand Prix weekend. 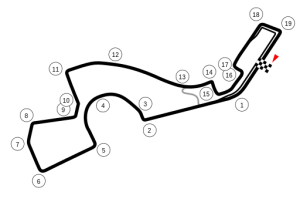 Lewis Hamilton led from pole position at Sochi in 2020 but stewards slapped him with a pair of five-second time penalties for separate practice start infringements pre-race, which handed victory to Valtteri Bottas as Verstappen recovered from a slow start to finish second ahead of Hamilton who finished third.

If missed any of the 14 previous rounds of the 2021 season, please click on the links below to catch up on the missed action.