With the UK’s 2030 FIFA World Cup bid in jeopardy following last weekend’s despicable events at Euro 2020 Final, here are three reasons to be optimistic about the country’s bid for 2030 World Cup.

As 2030 marks 100 years since the inaugural FIFA World Cup, it is easy to feel that the UK blew its chances with despicable scenes of disorder at Wembley Stadium last weekend ahead of Euro 2020 Final, where Italy defeated England on penalties to become champions of Europe.

There however are still various reasons to still be optimistic about the UK’s bid for 2030 World Cup hosting rights, as I pick out three aspects which still provides Brits with strong hopes in their bid.

One of the important components of hosting a major tournament is having excellent infrastructure from transport to stadiums to training facilities, which are all aspects which the UK has in abundance even if logistics of temporarily increased Sunday evening transport could need negotiations.

In terms of stadium capacity requirements, the UK comfortably meets the minimum 40K quota with iconic stadiums like Old Trafford, Celtic Park coupled with modern stadiums like London Stadium and Stadium of Light to name just a few.

Questions however will certainly be asked of Wembley after last weekend’s disorder given the requirement of 80K capacity for opening and closing matches, yet an alternative could easily be found in Twickenham Stadium to palate FIFA officials with a clear security plan in place.

As for training and team hotel bases, there are plenty of high-quality facilities already in use like Rockcliffe and Enfield amongst others for visiting teams and referees to satisfy FIFA guidelines, in turn boosting the legacy and sustainability aspects post tournament with immediate use at club level.

Another positive is that the UK is capable of holding several fan fest zones around the country to engage all fans in the atmosphere, which is something that this country often does better than many other countries when it comes to sporting events.

Despite an unsavoury political landscape at present in government attitudes towards diversity, the UK boasts excellent diversity as evidenced by how the country has united to stand against racism following abuse of Marcus Rashford, Jadon Sancho and Bukayo Saka.

We also have organisations like Kick It Out, Show Racism The Red Card and various local and league based initiatives tackling inequality and discrimination, which all underline the UK’s seriousness about diversity in football and tackling racism compared to alternative bids like Spain for example.

Questions though will be asked about hooliganism which seems to be flaring up again as an issue in English Football, as evidenced by disorder at Euro 2020 Final and in the days following involvement of six English clubs in failed European Super League breakaway plans this Spring.

Social Media also remains a serious thorn in the tackling of racism from a British perspective with the Government still flapping around with a proposed ‘Online Harms Bill’, which is designed to tackle racism on social media yet extensive delays isn’t a good political look for our chances.

Our unity as a nation throughout Euro 2020 though serves as a sign of how strong the UK is when united by football and standing against various social issues brought to surface despite the English government inciting various political divisions on top of a controversial Brexit.

Add in the fact that this bid is set to be a joint home nations bid between UK and Ireland and the diversity element is clear to see, with matches potentially likely to be spread out around the entire British Isles reaching different communities across British society. 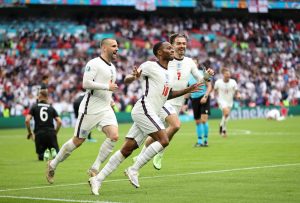 2030 marks the centenary anniversary of the FIFA World Cup which makes sense to bring the competition to the home of football, given that England is recognised as the inventor of football as we know it and would be a fitting partnership to celebrate 100 years of World Cup football.

Although inaugural World Cup hosts, Uruguay are set to bid with Argentina, Chile and Paraguay for the tournament, North America have the 2026 edition so it would be unfair of FIFA to award the 2030 rights to the South American quartet purely for sentimental reasons towards Uruguay.

Portugal and Spain also intend to mount a joint bid but with UEFA set to put one European bid forward, UK has already shown that it can deliver a strong tournament if take away the disorder aspect, plus have already proved its’ commercial ability in their extensive promotion of 2022 Women’s Euros.

Now taking those factors into account on top of infrastructure, sustainability and diversity elements of a FIFA World Cup bid, there is plenty of reasons to still be optimistic about why football should fully come home in 2030 for the first time since Euro 1996 and pan-continent since 1966 .