Unlike 2002 and the present day, the track used to known by its original name – Osterreichring although it would throw a hot classic with just seven finishers.

Nelson Piquet dominated practice in his Brabham-BMW from teammate – Ricardo Patrese  with hot weather throughout, meaning that mechanics had to load dry ice into the sidepod to help cool the engines down.

Renault’s Alain Prost qualified third but was 1.252s slower than Piquet as several teams struggled to find pace, with 7.659s separating Piquet from the slowest driver – Eliseo Salazar who failed to qualify for the race alongside Jean-Pierre Jarier and Raul Boesel. 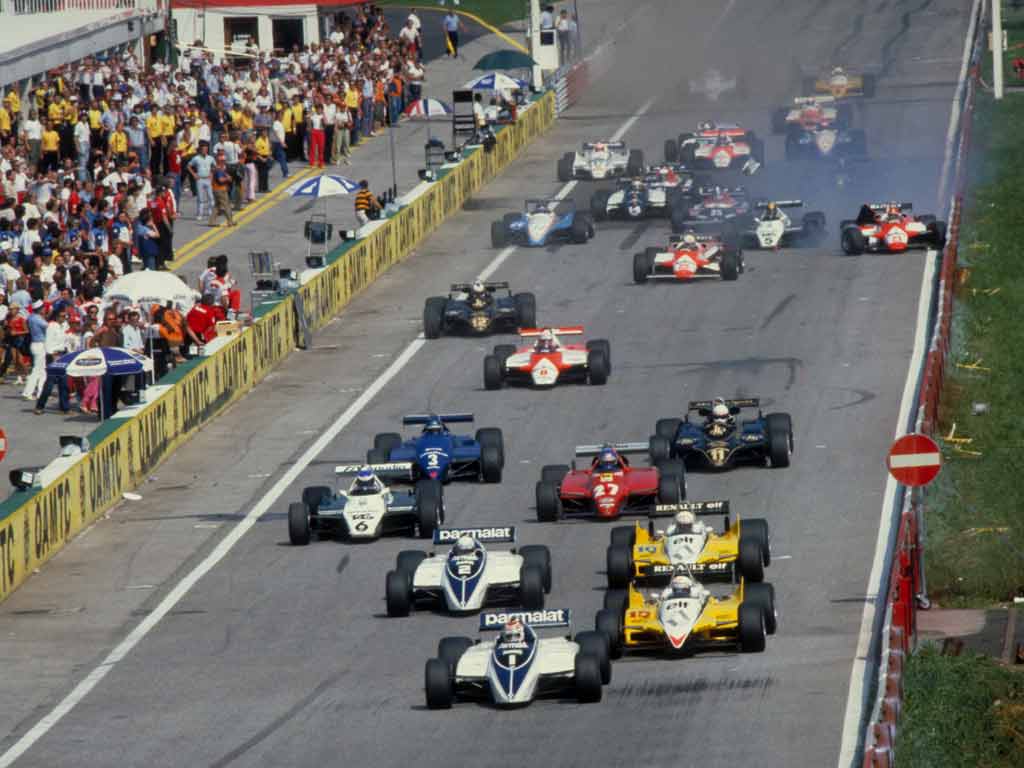 Despite intensely warm temperatures, Piquet led into turn one whilst Prost leapfrogged Patrese to take second place, whilst the two Alfa Romeo drivers of Andrea de Cesaris and Bruno Giacomelli and Williams’ Derek Daly were eliminated in a collision.

Prost soon lost second place to Patrese just a few corners later as both Brabham cars then pulled away on half-full tanks of fuel, until Piquet made the first-ever planned pit stop in F1 history and re-joined in fourth behind Prost.

Elsewhere, both Toleman cars retired on lap seven with transmission and suspension faults before Manfred Winkelhock spun off on lap 15, followed by Rene Arnoux, Nigel Mansell and Eddie Cheever into retirement with engine troubles.

Patrese meanwhile built up a gap which allowed him to pit and still retain the lead upon re-joining the track, although his efforts were all for nothing when his engine failed just three laps later to give Prost the lead from Elio de Angelis.

Marc Surer then retired on the following lap with engine failure whilst Theodore-Ford’s  Tommy Byrne spun off into retirement.

Piquet developed an issue with the car soon afterwards which consequently allowed Keke Rosberg to get past, before the Brazilian retired on lap 31 with electrical issues.

Tyrell’s Brian Henton then fell foul of engine difficulties which forced him out of the race on Lap 32, before John Watson because the latest casualty when his McLaren-Ford engine gave up in the heat 12 laps later.

Prost however became the final victim of the engine grim reaper when on lap 49 and five laps from the flag, his Renault engine went up in smoke to leave him stranded on track and out of the race. 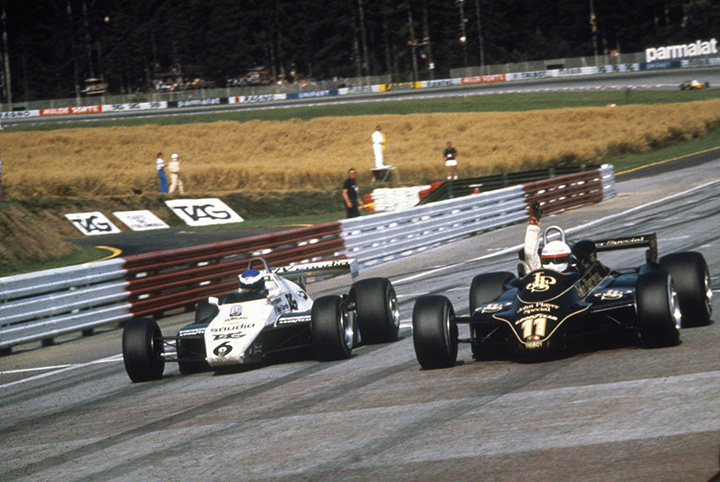 Fans though were treated to a grandstand finish as De Angelis and Rosberg battled for their maiden F1 victory, with the latter rapidly reeling in De Angelis and a great exit out of the final corner allowed him to get alongside towards the flag.

Ultimately, De Angelis pipped him to the line by just a mere 0.050s to snatch his first-ever F1 win in Lotus’ last win under the management of Colin Chapman who died of a heart attack during the off-season.

Rosberg took second ahead of Ligier-Matra’s Jacques Laffite who finished third but a lap down alongside Patrick Tambay, Lauda and Arrows’ Mauro Baldi to round out the points, although Fittipaldi-Ford’s Chico Serra was the seventh and last finisher albeit two laps down

Whilst Rosberg hadn’t won the race he had made up ground in the championship moving into second after beating most of his rivals or them suffering reliability failures, placing the Finnish driver six points behind then leader, Didier Pironi who had suffered a career-ending crash at preceding German Grand Prix.