This evening, Middlesbrough take on table topping Wolves at The Riverside Stadium in Sky Bet Championship.

The home side have come out of the international break with pretty much a fully fit squad.

Jack Harrison is the only player who had to pull out of international duty, due to a slight knock but the winger, on loan from Manchester City isn’t expected to be out for long.

Boro will still be without striker Rudy Gestede who is expected to miss the rest of the season through injury.

Other than the injuries to Harrison and Gestede, Middlesbrough have a fully fit squad.

Like Boro, Wolves have no fresh injury concerns coming out of the international break.

However the Midlands club will still be without their top goal scorer Diogo Jota.

Ahead of today’s game Tony Pulis game in for special praise for his opponents today, the Boro boss said:

Wolves have been the best team in the league this year, and rightfully they sit where they sit in the table,” said Tony Pulis. “They’ve invested in some quality players, and they look good on and off the ball. We know it will be a tough game.

“They’ve had some investment from overseas, and I have no problem with that – I say give them the credit they deserve. The people who have come in have backed the team and have seen some very good recruitment, with some players who are maybe above this level.

“We’re looking forward to the game. It’s one where we can see where we are against one of the best if not the best in the league.”

One to watch – Adama Traore 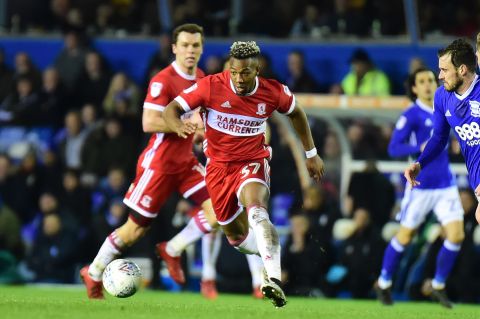 Everyone is running out of words to describe this man at the moment with the 22 year old in red hot form.

After making his international debut during the week with the Spain U21 side, Traore will be heading back to Teesside beaming with confidence.

Since the turn of the year Traore has been Boro’s go to man and finds himself with five goals and five assists this season in the league, with a further three assists in cup competitions.

Traore’s good form though has largely been down to the trust and faith managed Tony Pulis has put in him.

This month Traore was handed the PFA fan’s player of the month for February, after a string of impressive performances.

Traore was handed the accolade after he put in some fine performances scoring two goals and grabbing one assist in four games.

If Traore can keep up his performances from now to the end of the season and help Boro get promoted, then there’s no reason why he can’t go to the very top and become a potentially world class player, especially if he can impress on international duty. 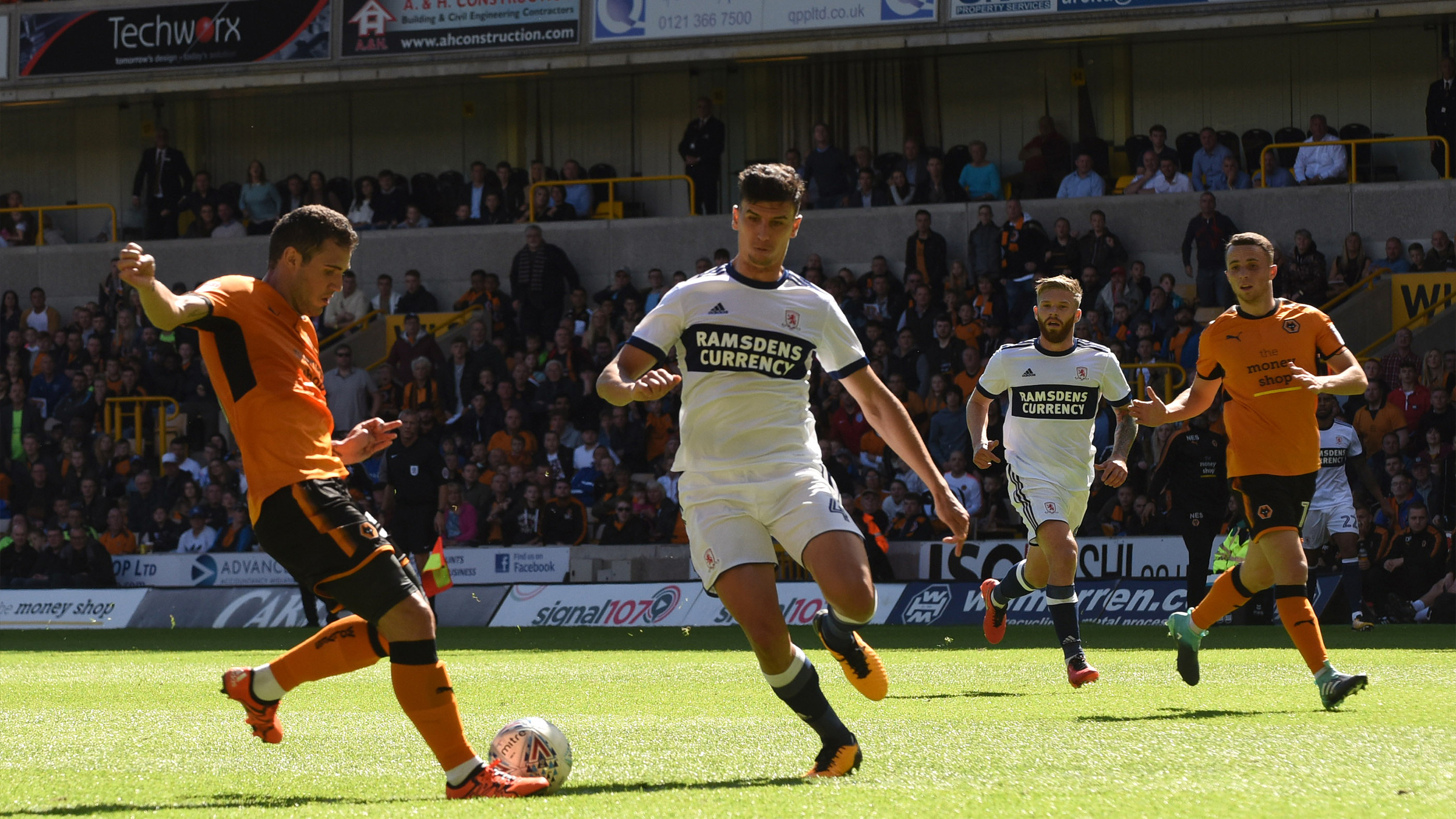 Wolves beat Boro on the opening day of the season 1-0 thanks to a debut day goal from Brazilian forward Leo Bonatini.

The 23 year old striker, on loan from Al Hilal, intercepted a sloppy pass from Boro defender Daniel Ayala and coolly slotted past Darren Randolph in the Boro goal.

Boro forward Martin Braithwaite should have levelled at Molineux before the break, but headed wide while unmarked.

Britt Assombalonga was denied by goalkeeper John Ruddy as Boro pressed late on and Wolves held on for victory.

Middlesbrough go into this game in really good form but with Wolves being top of the table and picking up back to back wins, Boro will have it all to do today.

Personally I can see it being a close game and if Wolves don’t deal with star man Adama Traore, then they could have their work cut out.

I however think they’ll be able to just about cope with Traore this evening.