This weekend’s big match might be Manchester United vs Liverpool but rest of Saturday’s action could be pivotal in the relegation battle.

Everton face a tough test here as a spirited Brighton head to Goodison Park, off the back a shock home victory against Arsenal last time out.

The Toffees’ form has been terrible so far in 2018 with no away points and seven out of a possible 12 at home.

They however won their last two home games despite conceding one goal in each match.

Brighton meanwhile are currently on a five match unbeaten run for second time this season.

During the first stint, they took three home draws and two away wins before losing at Manchester United at end of November.

This time around, the results are a reversal although this is another away game, so will lightning strike twice?

Both teams however haven’t kept a clean sheet in 2018 meaning that we should see goals.

Everton have never lost at home to the Seagulls but I reckon that record will be destroyed here.

Purely because the momentum appears to be with Brighton, I am backing them to take victory here.

This game could be massive in context of where both teams head for remainder of season.

Huddersfield overcame a difficult start to 2018, picking up wins against those around them last month.

Continuing that run here will be key to staying up because they will struggle against the bigger teams.

Swansea however are unbeaten in seven of nine league games under Carlos Carvalhal, despite taking two points out of a possible nine on the road in 2018.

The Swans might of won just one of last six trips here but their manager is unbeaten against the Terriers, winning his four main season games and drawing in play offs last season before losing on penalties.

With this being a massive game, I can see a draw here despite Carvalhal’s excellent record.

Both teams are sitting just directly above the drop zone, making this a massive six pointer in terms of their survival hopes.

Rafa Benitez and Mauricio Pellegrino have both seen their sides perform woefully this season.

Newcastle have just one win in last seven league games whilst Southampton have one win from 16.

Whilst that stat is concerning for the Magpies, for Saints it is atrocious and frankly only the FA Cup is keeping Pellegrino in a job.

Luckily this ground has been strong for Southampton in recent meetings, taking four points from last two trips.

The goal averages for these teams are however poor with Newcastle averaging 0.86 goals at home to Southampton’s 1 per away game.

Southampton however has made progress, scoring in last three away games but all ended in draws.

In all honesty, this fixture doesn’t excite me because of how pitful both teams have been form wise so can see a draw here.

West Brom are desperate for points here as Alan Pardew considers to fight for his future at The Hawthorns.

The Baggies are currently on a six match losing run in all competitions with their last home victory coming in mid January.

Leicester meanwhile know that victory will all but mathematically see them safe.

The Foxes however are without a win in five since beating Watford at home on 20th January.

For last away win, have to go back 13 rounds to mid December when ran riot in a 4-1 win at Southampton.

Interestingly this fixture has never seen the home side win in Premier League, with the visitors taking five wins and two clashes being drawn from seven previous meetings.

I therefore fancy Leicester to end their struggles here ahead of a massive FA Cup home Quarter Final versus Chelsea.

Having lost their last two games by 4-1 score lines, this is a massive match for West Ham, if they’re to try and put breathing space between themselves and the drop.

Burnley meanwhile ended a 12 match losing streak in all competitions last weekend, completing a from behind home win over Everton.

Since 2018 arrived, the Hammers are unbeaten at home with two wins and draws respectively.

David Moyes however is yet to beat Sean Dyche despite meeting him four times last season (twice in league and FA Cup).

Burnley have taken four draws from last six away games, losing the other two 1-0.

Realistically now that the Clarets are five points off Arsenal in sixth, I can see them having more desire to go for it and get a win here. 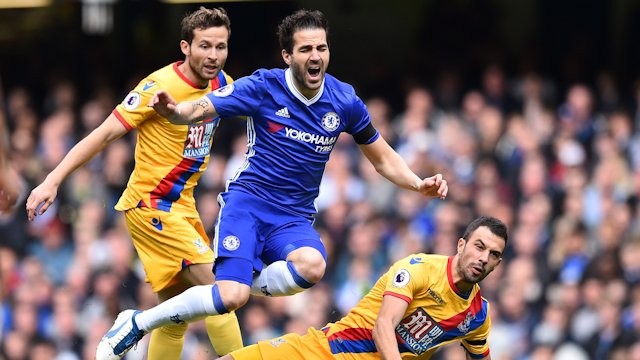 This match could well be must win for Chelsea if they’re to stand any shot at a top four finish.

Crystal Palace meanwhile come here off the back of three straight defeats but have beaten Chelsea in last two meetings.

In fact, they have won on last two trips here by a 2-1 result so know how to beat the reigning champions on their ground.

N’Golo Kante and Wilfried Zaha are expected to return after illness and injury respectively, making this a tasty battle.

Kante is Chelsea’s engine so expect a return to form for Chelsea here but Palace have been stronger with Zaha in the team.

Without the Ivorian, Palace have lost all of their games but when he is in the team, they have a stronger WDL record.

The Eagles need a win here to potentially keep pace with relegation rivals depending on the 3pm results.

Sadly, I however don’t see that happening here given Chelsea’s strength despite a poor 2018.