After a dramatic Sao Paulo Grand Prix weekend, Formula One concludes the final triple-header of 2021 with an inaugural trip to Losail Circuit for 2021 Qatar Grand Prix.

Max Verstappen comes into this round leading Lewis Hamilton in the title race with three rounds left of the season, meaning that everything is still to play for with a maximum of 78 points on offer across the last three races.

Mercedes meanwhile enter this race looking to extend their championship lead over Red Bull in the constructors’ battle and put their fate in their own hands heading into the final two races.

This weekend though marks the first Qatar Grand Prix in F1 so every team and driver is heading into the unknown, ahead of the race’s full-time return on the calendar from 2023 after being announced last month as an initial one-off replacement this season for the cancelled Australian Grand Prix.

Now here is everything that you need to know about the 2021 Qatar Grand Prix. 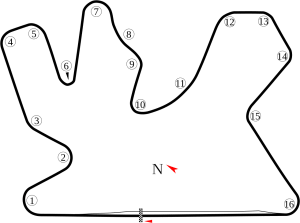 If missed any of the 19 previous rounds of the 2021 season, please click on the links below to catch up on the missed action.