Victory will see Bournemouth stay top of the league, whereas Luton could go as high as seventh with a win. 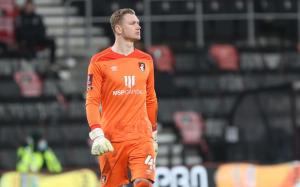 Will Dennis is a doubt for Bournemouth after suffering a knock during warm-up ahead of their win at Cardiff last weekend.

Luton will remain without Fred Onyedinma and Allan Campbell due to ligament damage.

Bournemouth come into this match still yet to lose in the league and have scored at least twice in all five home matches across all competitions this season, so will certainly fancy their chances here if are able to start on the front foot as so often has been the case.

Luton though are a side full of spirit but their priority has to be ensuring that Bournemouth don’t make a bright start and score first, otherwise this could be a long afternoon on top of their injury woes at present for the Hatters who themselves are capable of scoring goals when given the chance.

On that note, I do hope to see a good contest between two quality teams but if Luton defend like they did in the second half against Swansea last weekend, I can see just one result heading their way.