Here are our thoughts on each tie and who is likely to progress. 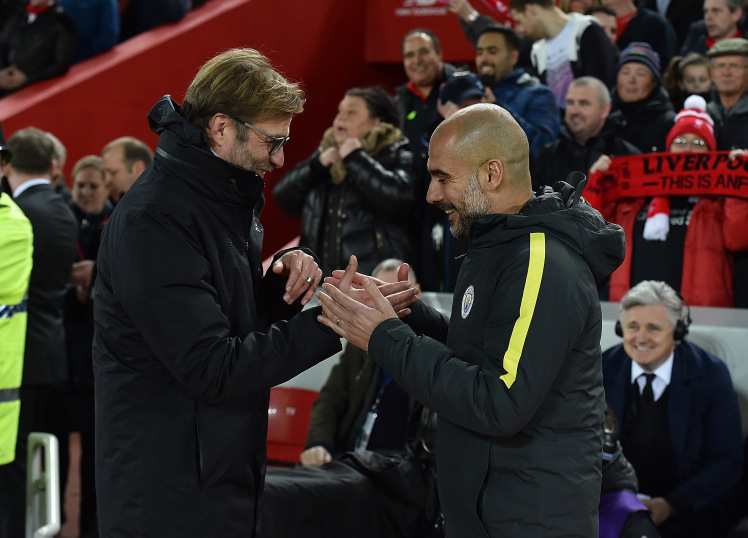 This is the biggest tie of the draw as Jurgen Klopp and Pep Guardiola prepare to lock horns for a place in last four.

In 12 meetings, there have only been two draws between both managers with the number of wins also shared, at five apiece

The first leg at Anfield will also be massive given that the last time Liverpool met a Manchester club in European knockout stage, they won at home before holding on in return leg.

Add in the Merseyside and Manchester derbies both taking place in between the two legs then got a tasty battle with so many outside factors in play.

Man City and Guardiola are targeting this competition so I expect them to have the edge by virtue of second leg and they managed to beat Liverpool at Etihad 5-0 in September.

Therefore if anyone can turn any deflict around against the Reds, it will be City.

Bet most people weren’t expecting a replay of last season’s final given that there were three Spanish teams in the hat.

Cristiano Ronaldo will be the key player here, having scored in every game so far since Real entered at the group stage.

Juventus had to fight their way past Tottenham Hotspur to get here and will come here set to try and produce a cupset.

In knockout stages of European competition, these teams have met eight times and the record is tied at four victories apiece, making this a tough one.

Although it would be great to see Juventus continue their strong European form of recent years, I believe that the Galacticos will be too strong.

Barcelona vs AS Roma

There has only been four previous meetings between these teams with one tie coming at  in the 2001-02 tournament.

That tie is the most representative, having effectively been a knockout stage despite being a second group stage in reality.

The first leg at Barcelona was drawn 1-1 before Roma ran riot at home in a 3-0 win, despite crashing out of the competition from their group.

Their most recent meeting came in the 2015-16 single group stage with first leg being drawn. This time, Barca ran riot at home in second leg taking a 6-1 win with Luis Suarez and Lionel Messi taking a brace each.

Prediction: AS Roma to progress

Easily the most dullest tie of the draw without any doubt.

Sevilla are unpredictable because Liverpool ripped them apart at home in November before it finished 3-3, whilst Spartak Moscow handed them a 5-1 spanking in the group stage.

They however turned up against a poor Manchester United side and produced a shock victory to get here.

Bayern meanwhile saw off Besiktas 8-1 on aggregate to get here so will be red hot favourites.

Realistically, I can see Sevilla needing to win their home leg to stand any chance. Otherwise it will be an one sided result.