Premier League action might not be restarting till 12th August but judging by the fixture list, it will be back with a bang.

Chelsea will be looking to defend the title but face fierce competition from Tottenham, Manchester City and United.

At the other end, relegation could be anyone’s as Brighton and Huddersfield make their top flight bows.

Newcastle however are back after only a year with Rafa Benitez still in charge at St James Park.

As teams come to terms with how the league schedule will affect their season’s targets, let analyse how critical the opening fixtures will be for each side. 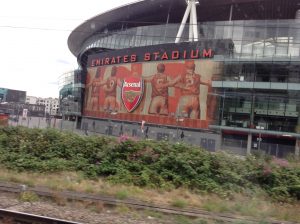 This season will definitely be tough with at least six guaranteed Sunday fixtures following their drop into Europa League action.

With such a favourable start, Arsenal should look to take at least nine points from their opening six games.

Bournemouth should be happy with how the opening fixtures have come out because they will fancy their chances of getting at least five points by mid September.

Newly promoted Brighton will be fairly delighted with having just one big team in their opening six games.

If Chris Houghton can get them hitting their stride early on, at least four points will be achievable but Leicester and Newcastle will be tough to predict.

Sean Dyche will be hoping to avoid a brutal run in after last season’s second half freefall.

The start however is indifferent with trips to Chelsea, Tottenham and Liverpool to contend with early on.

Their home games at Turf Moor in between however look very promising against West Brom, Crystal Palace and Huddersfield respectively.

If I was Sean Dyche, I would look to try and get at least three points from the opening six rounds.

Antonio Conte will be keen to get the Blues’ title defence off to a flying start in August and September.

Burnley at home on opening weekend will be a welcome relief for the Italian and his players.

He however should have reason to be concerned with Spurs (a), Everton (h), Leicester (a), Arsenal (h) and Stoke (a) to contend with in quick succession, either side of the international break.

September ends with Manchester City visiting Stamford Bridge so this start isn’t definitely what Conte would of had in mind.

Realistically, this is tougher than when Chelsea defended their title under Jose Mourinho.

You would have to fear that if they don’t take at least 10 points from the opening games, they could find themselves in a bit of trouble.

Whoever Crystal Palace gets in to replace Sam Allardyce will be looking positively at their early fixtures.

The only two threats are Liverpool and Manchester City away but should look to make the games against Huddersfield, Swansea and Southampton at home count,

With a stronger squad, Ronald Koeman will be hoping that this is reflected in how the Toffees start their campaign.

He however will be disappointed to have four members of the big six in between two winnable games against Stoke and Bournemouth.

Looking at that schedule and add in possible Europa League play off action, five points will probably be the best of a bad situation here.

Huddersfield will be happy with how their season is going to start.

Having no major team visiting in their opening six matches will surely delight David Wagner.

Looking at the run of;

The Terriers should realistically target about six points from this excellent opener to their first Premier League campaign.

Now that the pressure is off them, Leicester will be keen to start another mad title assault.

Luckily, they will get to test their title credentials from the get go with a trip to Arsenal. Manchester United, Chelsea then Liverpool follow with Brighton and Huddersfield second and fifth on list.

Jurgen Klopp will hoping to avoid the bad luck that has plagued his side this calendar year against bottom half clubs.

Looking at the opening batch of fixtures, he will be hoping for strong performances against Watford (a) and Crystal Palace (h). Then come Arsenal (h) and Man City (a), which should be easy if last season’s record against fellow big six clubs is anything to go by. 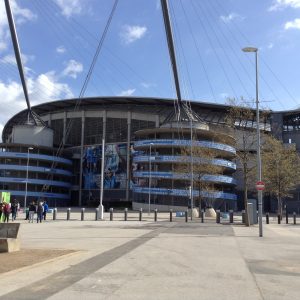 Pep Guardiola will be worried about the opening four games for different reasons.

Brighton will be up for it in their first home game in the Premier League. Everton (h) and Bournemouth (a) won’t be easy given the talent in their squads.

After the international break, once they clear Liverpool at home, Pep should eye back to back wins against Watford (a) and Crystal Palace at the Etihad.

Looking at that start, seven or eight points will be a strong prospect by end of September.

After securing a Champions League return, Jose Mourinho will be keen to hit the ground running with this favourable schedule.

West Ham (h), Swansea (a) and Leicester (h) will all be key if Mourinho is to get his Red Devils off to a flyer by end of August.

When league action returns after international duty, Stoke (a), Everton (h) and Southampton (a) will be tougher opposition.

Based on that schedule, I am expected Utd to have at least 10 points by the end of September.

Rafa Benitez will surely be thrilled to bits with his side’s fixtures.

After a tricky opening home game against Tottenham, Huddersfield (a) and West Ham (h) will be sure bankers if Rafa has the Toon Army marching in the right direction.

September sees them face Swansea (a), Stoke (h) and Brighton (a). Like the latter two in August, these should be definite three points if things go to plan.

The best scenario here would be anything between 6-11 points accounting for some possible draws and surprise defeats.

Southampton will be happy with their start against the likes of Swansea and Huddersfield.

With Crystal Palace, Watford and West Ham also lined up early on, there is no reason why the Saints can’t get at least five points from those games.

Manchester United at St Marys is their sixth game so expect a tough battle here but a decent start overall.

Mark Hughes won’t be bothered much by the early fixtures, given that his Potters are late bloomers.

Their start against Everton (a) and Arsenal (h) are surely going to be near definite defeats.

A trip to the Hawthorns then might be a possible point of salvation for the Midlands based club.

September brings Man U (h), Newcastle (a) and Chelsea (h). Looking at those three, a draw at St James Park is probably their best hope for a point.

Although Stoke fans will be annoyed with this start, I think some members of the club will be glad to get those clubs out of the way early on, before their season truly starts in October without the now free agent, Shay Given.

Paul Clement should target at least one win from this set of opening matches.

Man Utd (h), Newcastle (h) and Tottenham (a) are surely going to be the most difficult games for the Swans.

Away games at Southampton and Crystal Palace are almost definitely going to be where Clement aims to get that first win of the season in August.

If not, it will be end of September at home to Watford, which might bring the three points.

All in all, a tough start but doable in terms of getting some points on the board.

This season at Wembley will be tough given their poor record there, so expect most of their title hopes to lie in favourable away games.

Oh boy, do they have it tough with a trip to Newcastle on opening weekend. Home clashes with Chelsea and Burnley then follow.

September then bring a bit of relief after visiting Everton.

Swansea at home will be a certain victory but West Ham away will be tricky given their recent meetings.

Based on that starting batch, I reckon that Spurs will need a mammoth unbeaten run mid season, if they’re to challenge for the title again.

Bournemouth (a) and Brighton at home will be Watford’s best hopes of getting a win.

If not, away trips Southampton and Swansea will be other options. Man City at home falls in between the latter two so expect nil points there.

All in all, a decent start but they need to really make the easier games count here, if are to avoid a relegation fight.

Tony Pulis will certainly be looking to build on last season and it seems that the footballing gods agree too.

Their opening five games of; Bournemouth (h), Burnley (a), Stoke (h), Brighton (a) and West Ham (h) will surely have the Baggies full of confidence.

If they can get points from all those matches, I think they would have to be favourites when Arsenal (a) comes round in late September.

Leicester had a similar start in their title winning season so I won’t be surprised if we see West Brom get themselves into a potential title battling position here.

West Ham will feel like they’ve been hammered with an away trip to Old Trafford on the opening weekend.

Southampton (h), Newcastle (a) and Huddersfield (h) comes next before a tough trek to West Brom.

Finally to round September off, they host Tottenham at home.

Given how recent meetings between these sides have gone, you would back the Hammers but can’t rule out the visitors, who will be relying more on away form this season than ever.

Realistically, they have to win at home to Huddersfield at least or they will surely be fighting for their lives.